"Enhancing shared knowledge among rescue controllers and radiation protection authorities can be a key for better cooperation in operational settings between the Nordic countries", writes the researchers behind the nuclear safety exercise RNSARCARDS. 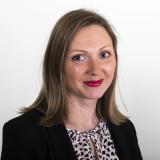 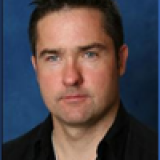 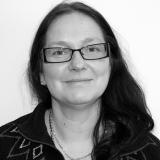 On 29 and 30 September 2022, Nord University conducted two exercises related to search and rescue in the case of a radiological/nuclear emergency at sea (RNSAR: Radiological/Nuclear Search And Rescue). After the exercises, conclusions were made regarding which procedures and routines needed to be developed.

The so-called action cards (RNSARCARDS) can help rescue controllers and radiation experts act and communicate in appropriate and effective ways. In addition, in the RNSARCARDS project, it has been discovered that the roles and responsibilities of the organizations involved in such emergencies differ among the Nordic countries.

The participants in the exercises were rescue controllers from both Norway and Iceland, as well as radiation protection experts from Norway, Iceland, and Denmark. The scenario was played out in three different positions off the coasts of Denmark, Norway, and Iceland.

The scenario involved a nuclear-propelled vessel encountering problems with the cooling system in a reactor. There was the risk of an ongoing release of radionuclides to the air, and the measured levels of radioactivity had increased substantially.

Incidents with a risk of release of radionuclides are characterized by potentially high consequences and low probability, which means that rescue professionals may not have much experience in dealing with them.

The exercises were designed to enhance our knowledge and understanding of the different roles and responsibilities of rescue controllers and radiation experts in the Nordic countries. The exercises tested the action cards and communication between rescue controllers and radiation experts, especially in the first minutes and hours after an accident occurs.

The exercises provided a good opportunity to discuss common conceptual understandings and information needs in an operational context. It is important that the authorities involved speak the same language, and the action cards will be valuable tools for creating a common situational picture and making decisions under stress and time pressure.

The RNSARCARDS project, led by the Norwegian Radiation and Nuclear Safety Authority and financed by NKS - Nordic Nuclear Safety Research, is precisely focused on the harmonization of guidelines and recommended procedures for rescue controllers and radiation experts in the Nordic countries.

Nord University is contributing as an academic partner in this project and ensures knowledge exchange and the development and didactical planning of exercises.

For these types of scenarios, it is crucial to promote cross-sectoral cooperation. A handbook for search and rescue in maritime radiological/nuclear events, which is being developed in parallel, will contribute through knowledge that rescue controllers and radiation experts can use in preparedness and exercise planning.

Furthermore, the project will test the action cards developed during the Arctic Radiation Exercise in the High North (REIHN) in May 2023 outside Bodø. Arctic REIHN is an EU-funded project, with the goal of testing and verifying emergency preparedness and international response in the event of a radiological emergency involving nuclear-propelled vessels.

The scenario involves a maritime accident with consequences both at sea and on land, including pollution across borders.

In recent years, maritime traffic has increased steadily in relation to all vessel categories. This also applies to the traffic of nuclear-powered vessels and vessels transporting radioactive cargo.

Cooperation at sea is complicated in principle

Every week, dangerous cargo traffic sails along the coast of Norway and off the coasts of our Nordic neighbors, which is monitored continuously by the Vessel Traffic Station and other agencies. The ships and potential damage status are seen at an early stage, so preventive measures can be taken.

During search and rescue in an incident with the risk of the release of radionuclides, it is important to have an understanding of what can happen to a reactor and radioactive materials on board, as well as what operational procedures can be launched and what risks rescue units may face.

Knowledge of radioactivity, the types of protective equipment, the monitoring of radioactivity, and response procedures is very important in relation to a possible incident with the risk of radiological discharge.

Research and the way forward

Cooperation at sea is complicated in principle, as sea, air, and land resources and professionals must coordinate and interact. An incident that includes the risk of radiological discharge will immediately require resources and expertise from the Nordic countries.

This requires extensive training and exercises to maintain and increase experience and expertise and to establish continuous cooperation between the Nordic countries. The goal should be to have good cooperation between the authorities when it comes to planning and coordination during a search and rescue operation in a radiological emergency at sea.

Nord University has received a grant from the Research Council of Norway for a new project with a budget of eight million kroner, in collaboration with the Norwegian Radiation and Nuclear Safety Authority (DSA), the Joint Rescue Coordination Centre North Norway (HRS NN), and Laurea University of Applied Sciences in Finland.

The project is called Collaboration Complexity in Nuclear Emergency Preparedness in the Maritime Arctic (ATOMEX). Based on the current picture of increased maritime traffic in the Arctic, it will develop knowledge about collaboration competences in complex operations and build the research expertise needed to meet the important societal challenges.

In ATOMEX, we will conduct research on different exercise methods, the development of collaborative competences, shared risk understanding, and evaluation methods.

Puts Cooperation with Russia about Nuclear Safety on Hold