Skip to main content
The decision by the U.S. and Canada to ban offshore oil development in much of their Arctic waters drew cheers from conservationists, but angered northern leaders – a reminder of why greater collaboration is critical, says Nils Andreassen of the Institute of the North. 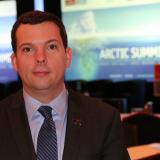 The decision by the U.S. and Canada to ban offshore oil development in much of their Arctic waters drew cheers from conservationists, but angered northern leaders – a reminder of why greater collaboration is critical, says Nils Andreassen, of the Institute of the North.

The Institute of the North is committed to advancing Arctic issues related to sustainable development as part of a strategic, inclusive and collaborative approach. This means improving the quality of life for northern residents via economic development, while ensuring that protective environmental measures are in place and the traditional and cultural heritage of the region is respected. The trends within both the United States and Canada have been toward a series of high-level policies, strategies and implementation plans that have tried to frame the critical issues in the Arctic.

During Alaska’s development of its own Arctic policy, the state worked closely with the White House toward alignment between the state and national efforts. This level of collaboration went unrecognized in many ways, but it was encouraging throughout to hear from U.S. officials a commitment to people in the Arctic, and respect for Alaska’s focus on improving living and economic conditions in the region.

While this past year has seen greater attention paid to the Arctic than ever before – including a special focus on climate change – the commitments made in U.S. and Canadian policy to partnership with local and regional governments in the region can’t simply be rhetoric. In fact, they provide an important lens through which to view decisions made by two North American leaders intent on trying to address the challenges as they see them.

Local, Indigenous and regional governments are the starting point for decisions made about the Arctic. Federal officials – and this serves as a reminder for Justin Trudeau and a lesson for Donald Trump – should consider early and consistent consultation with these rights holders in the region alongside their consideration of the national interest. That’s what partnership looks like, if indeed they intend to respect the policy documents on which they have signed off. Partnership does not mean consultation about a decision two hours before it is announced.

Instead of belaboring the ways where the U.S.-Canada announcement went wrong – which have been outlined here and in this op-ed – it is worth using this opportunity to forge ahead. Now is the time to implement a vision for northern collaboration that brings the governor of Alaska and premiers of Yukon, Northwest Territories and Nunavut to the same table, to present a unified vision and voice to Arctic policy.

A Council of Northern Regional Governments comprising North American Arctic states and territories would provide a platform for these partners to communicate effectively with one another and with federal officials the concerns, priorities and opportunities of the region.

Additionally, CNRG(pronounced synergy) could be an efficient mechanism for regional governments to respond to potential policy changes at the federal level.

A Northern Premiers’ Forum already exists on the Canadian side, and the addition of Alaska would simply strengthen the collaboration happening at that level on one side of the border. A release in April 2016 from the forum notes the continued interest in collaborating with the Canadian government on the renewal of Arctic policies and strategies. In addition to climate change, science and sustainable development, Nunavut premier Peter Taptuna highlighted the forum’s continued commitment to “promoting growth and economic prosperity for our great region.” These are issues and messages that the state of Alaska could strengthen.

Additionally, cross-border collaboration through CNRG could be a mechanism for connecting with other partners in the circumpolar north. Especially important will be the relationships that could be built with Norway, Iceland and Finland, for whom economic development is a priority. This doesn’t impact the foreign affairs of either the U.S. or Canada, but does present a unique opportunity for regional governments to talk about shared priorities, research and potential as related to sustainable development and improved living and economic conditions.

As part of this broader network that may develop, and in cooperation with sub-national organizing bodies such as the Northern Forum and Barents Regional Council, CNRG could launch a science-based approach to oil, gas and mineral development. It would include a socio-economic impact analysis of the benefits of these industries – namely the tax revenue that would accrue to local, state and territorial governments in support of their provision of public services and contributions to education, public safety, power, heat and transportation. Also, it is important to note Canada’s stated commitment to investing in infrastructure, navigational aids and emergency response services, as well as workforce development in the region. Here are issues that Alaska will equally be concerned with, including the fact that they weren’t listed in the announcement by the outgoing president Barack Obama.

A collaborative approach would complement and inform federal actions, but also drive a global conversation about sustainable development and response capacity. Led by Alaska, Yukon, Northwest Territories and Nunavut, the Council of Northern Regional Governments represents the next step in Arctic governance and the potential for even greater partnership.


This article originally appeared on Arctic Deeply, and you can find the original here. For important news about Arctic geopolitics, economy, and ecology, you can sign up to the Arctic Deeply email list.