Skip to main content
As temperatures rise twice the average global rate, the Arctic is often referred to as a bellwether of climate change. But more than a warning system, changes happening in the Arctic have direct consequences far beyond regional latitudes. 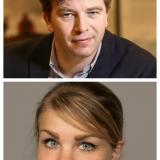 From Ole Øvretveit and Ingrid A. Medby.

As temperatures rise twice the average global rate, the Arctic is often referred to as a bellwether of climate change. But more than a warning system, changes happening in the Arctic have direct consequences far beyond regional latitudes.

With rising global temperatures and a growing hunger for resources, the world has been directing increasing attention to the north – to the Arctic. What has until recently often been considered a peripheral region is today recognised as central to issues affecting all of us. Changing ecosystems, and altered patterns of both oceanic and weather circulations may spell dire consequences for the planet and its population as a whole.


What happens in the Arctic...

It was likely this recognition that brought Singapore’s Minister Sam Tan all the way to Tromsø in Arctic Norway last year. Standing on the stage of the annual Arctic Frontiers conference he reminded the audience that what happens in the Arctic does not stay there. Singapore’s interest in the region is not about opportunism, he said; it’s about survival.

Singapore, as well as, e.g. China, India, the UK, Germany, and Japan, are among the reasonably new and, to some, surprising observers to the intergovernmental Arctic Council. More and more actors are showing interest in the Council that brings together the eight Arctic states for cooperation and negotiation. These eight are Norway, Sweden, Finland, Iceland, Denmark/Greenland, Canada, the US, and Russia. As the countries with territories north of the Arctic Circle, they are the Council’s only full members, and the only to hold voting and veto rights. The region’s Indigenous peoples are represented by six participating organisations, who are consulted on decision-making.


To listen and to learn

However, as mentioned, the Singaporean minister had not travelled to the Arctic to ‘observe’ a ministerial meeting behind closed doors. He was there, like the some 3,000 other participants from 35 countries, for the Arctic Frontiers conference – to actively engage in Arctic conversations on issues that impact all of us. During every January, the same podium sees speakers from all over the world, all of whom have pressing concerns to raise. And perhaps most importantly, they all come not just to speak – but also to listen and to learn.

The Arctic Frontiers conference has run annually for more than a decade, and is an example of the ever-increasing importance of multi-stakeholder forums relating to the region’s affairs. When the conference series started in 2007, it was a collaborative initiative between business, policy, and science communities based in Tromsø, Norway. In the ten years that have followed, it has grown exponentially, with visitors coming together from a wide range of sectors, backgrounds, and countries. Today, it still rests on the three main pillars of business, science, and policy, but with highly diverse and international participation.


Local voices to be heard

In particular, it is worth mentioning a shift in Arctic discourse – from a strong focus on development, e.g. resource extraction, to a far wider spectrum of interests and broader inclusivity. Not least, this has meant that where industrial heavy-weights could have dominated Arctic discussions, more and more efforts are made for local voices to be heard. This is in part a response to criticism raised in the past; and in part, a recognition that delegates do not travel across half the world to listen to the same high-level political leaders or business CEOs speak on a different stage. What brings people to the far north of Norway in the midst of the Polar Night darkness is the chance to engage in discussions in the Arctic with those from the Arctic too.

Arctic Frontiers is an annual conference in Tromsø, Norway; it will take place 21-26 January in 2018. Additionally, it has a range of affiliated side-events and seminars that run throughout the year across the world.

In the same room as prime ministers and ministers of foreign affairs, the local upper secondary-school student Anna Bjørn from Tromsø, thanked the audience for seeing “our Arctic”. However, her voice and call for action reached far beyond the walls of the conference venue. Via social media and news reports, the young voice from the Arctic was heard by a global community that wants to listen, to learn, and to engage. In this manner, the example of Arctic Frontiers illustrates wider trends: that the Arctic region is all at once both truly local and truly global.


Converse and relate to each other

Arctic events, conferences, and meeting-places are all driven by the recognition that actors need to actively converse and relate to each other – both in the Arctic, like the Arctic Frontiers conference, and also beyond it, such as a number of seminars and forums abroad.

No challenge in the Arctic can be tackled without a holistic approach that takes into consideration the dynamic relations both among people and ecosystems – neither of which are confined to invisible latitudinal boundaries. As the British scholars Dr Duncan Depledge and Professor Klaus Dodds have pointed out, Arctic governance arrangements may be compared to a “bazaar”, “blurring the lines” between e.g. business, governance, science, and society. That does not spell chaotic competition for the upper hand, but rather spaces that are open to many views and interests.


Both there and elsewhere

On the one hand, Arctic relations may be unique in the ways in which they stretch beyond high-level diplomacy to involve local schools, peoples, and culture. On the other hand, there is no reason why the circumpolar north should be unique in this sense. Arguably all discussions on environments and their resources ought to include the voices of those there, as well as those affected by it elsewhere.