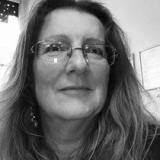 On February 28th, following both the publication of the stark Impacts, Adaptation and Vulnerability report by the Intergovernmental Panel on Climate Change (IPCC), and the Russian invasion of Ukraine, UN Secretary General António Guterres wrote:

“As current events make all too clear, our reliance on fossil fuels makes the global economy and our energy security vulnerable to geopolitical crises. Instead of slowing down decarbonization, now is the time to accelerate the transition to a renewable energy future”.

As the final two sentences of the IPCC report states: "The scientific evidence is unequivocal: climate change is a threat to human well-being and the health of the planet. Any further delay in concerted global action will miss a brief and rapidly closing window to secure a liveable future".

It couldn’t be clearer: member countries of the UN’s International Maritime Organization (IMO) must take responsibility for ensuring that shipping steps up to this demand for action. Next month’s meeting of the IMO (PPR9) provides such an opportunity - during this meeting, IMO member states must agree to dramatically reduce ship-source black carbon emissions this decade.

In November, the IMO adopted a resolution which opened the door to significant cuts in the climate impact caused by ship black carbon emissions on the Arctic. Having grappled with the issue for over a decade, the adoption of this resolution is an important development in moving away from the dirtiest shipping fuels.

Agreed during a meeting of its Marine Environment Protection Committee (MEPC 77), the IMO resolution strongly encourages governments to start addressing the threat to the Arctic from black carbon emissions, and provides a pathway for regional or national action.

It also urges ship operators to reduce black carbon emissions by switching to distillate, or other cleaner alternative fuels or methods of propulsion when operating in or near the Arctic.

When black carbon is emitted from the exhausts of ships and settles onto snow and ice, it accelerates melting and the loss of reflectivity.

The threat to the Arctic from black carbon from shipping has been known for some time - and what happens in the Arctic doesn’t stay in the Arctic. Changes to a heating Arctic climate will undoubtedly have serious repercussions further south.

When black carbon, a short-lived climate-forcer responsible for around 20% of shipping’s climate impact, is emitted from the exhausts of ships and settles onto snow and ice, it accelerates melting and the loss of reflectivity - the albedo effect - which creates a feedback loop that further exacerbates local and global heating.

Fortunately, the short-lived nature of black carbon means that reductions in emissions can deliver immediate climate benefits, and with simple regulatory options including a switch to cleaner fuels on the table, action to reduce ship-source black carbon should be politically attractive.

During this April’s meeting of the IMO’s Sub-Committee on Pollution Prevention and Response (PPR9), member states and the shipping industry, have the opportunity to take this step.

A ban on heavy fuel oils to reduce the risks of a HFO spill in the Arctic was agreed by the IMO in 2021, but it will be the best part of a decade before it takes full effect.

In the meantime, if all shipping currently using heavy fuel oils while in the Arctic were to switch to distillate fuel, there would be an immediate reduction of around 44% in black carbon emissions from these vessels, and the benefits of reduced black carbon would be felt immediately.

If all Arctic ships subsequently installed particulate filters, something that isn’t possible when burning HFO, black carbon emissions could be reduced by an additional 90% or more.

the IMO resolution clearly indicates that the EU should include a ship black carbon measure in its flagship “Fit for 55” climate package.

IMO progress on a binding global measure to curb black carbon emissions from ships has, up to now, been pitifully slow.

But MEPC 77’s green light for national and regional regulatory action on ship black carbon emissions sends an important signal - it is now up to individual states at a national level and working regionally when appropriate, to take full advantage of the tools that are available to them to ensure that ships sailing in or near the Arctic reduce their black carbon emissions.

For example, the IMO resolution clearly indicates that the EU should include a ship black carbon measure in its flagship “Fit for 55” climate package.

A number of options exist for how a state or region might take action. Arctic coastal states could introduce a measure requiring ships to use cleaner distillate fuels or other cleaner methods of propulsion while sailing in their Arctic waters. Norway has already done this, but should extend the provision, introduced for Svalbard’s territorial waters from January 2022, to the Norwegian mainland.

Any state can require ships that have sailed in the Arctic and seek to enter their ports to burn cleaner distillate fuels during their Arctic journey, so for example, a bulk carrier leaving from a European port to load raw ore from Canada’s mining industry in Arctic waters, and then returning to the European port would have to use lighter distillate fuel.

Working together, countries might also consider the establishment of an emission control area (ECA), where stricter controls are established to minimise airborne emissions from ships. This would have to ensure that only distillate or cleaner fuels can be used, and scrubbers not allowed.

Scrubbers are devices which clean sulphur from the ship’s exhaust gases. Despite being touted as a solution for cutting emissions of pollutants into the atmosphere, most scrubbers dump their waste water into the ocean, merely transferring pollution from the air to the marine environment.

But this isn’t a job just for the IMO; individual states and regions must respond to the IMO’s encouragement by taking immediate action of their own to cut ship black carbon emissions.

Given the rapidly changing international situation, it’s anyone’s guess how international meetings such as PPR9 will go. But clearly, Russia’s invasion of Ukraine will have spillover consequences for the Arctic, particularly the work of the Arctic Council - which has currently paused "all official meetings of the Council and its subsidiary bodies until further notice".

None of this should deter us from cleaning up shipping emissions, from protecting the Arctic from further melting or ultimately, switching the shipping sector away from fossil fuels.

Closing Down All Oil and Gas Production Overnight is Unrealistic, Says AEC Chair