Skip to main content
10 nations have reached an agreement that will put the high seas in the central Arctic Ocean off limits to commercial fishing for a considerable period of time. 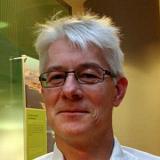 On November 30, 10 nations reached an agreement that will put the high seas in the central Arctic Ocean off limits to commercial fishing for a considerable period of time.

The agreement pertains to the 2.8 million square kilometer area that is beyond national jurisdiction, an area larger than the Mediterranean. The agreement is unique in that it seeks to resolve a problem before it has a chance to materialize, and demonstrates that coastal states and distant water fishing nations can cooperate on the long-term conservation of fisheries.

Most of the central Arctic Ocean is under the jurisdiction of five coastal states: Norway, Russia, the United States, Canada, and Denmark/Greenland. The roots of the agreement go back a decade, when the five initiated discussions on issues related to those waters. The high seas are now ice covered for all or most of the year, but it is projected that the ice cover would be substantially reduced in the coming decades.

The law of the sea addresses the management of living marine resources by establishing the sovereign rights of coastal states over natural resources in its 200 mile zones, stipulating that decisions are to be based on the best available science, and requiring that states cooperate in regional bodies to manage fisheries resources on the high seas outside the 200 mile zones.

In the 2008 Ilulissat Declaration, Norway, Russia, the United States, Canada, and Denmark/Greenland confirmed their responsibilities as coastal states to the central Arctic Ocean, and in 2010 Norway initiated the first meeting among these governments regarding potential fisheries in the high seas area.

The five governments also asked their marine science institutes to assess the potential for fisheries resources there. Since then, the scientists have met five times, most recently in Ottawa in October this year. A general finding is that quantities of fish that can sustain a commercial fishery are not likely to occur in the high seas area in the near future.


Also, climate change and warmer waters affect the geographical distribution of fish in the oceans. And our understanding of the marine ecosystems in the high north is limited and there is a need for a substantial strengthening of Arctic marine science.

In 2015, the five coastal states signed the Oslo Declaration on the prevention of unregulated fishing in the high seas area in the central Arctic Ocean. They agreed not to allow vessels under their flags to fish in those waters until a regulatory arrangement was in place. The declaration also addressed science and monitoring, and signalled an expanded process whereby other countries would be invited to make the same commitments.

A new series of meetings commenced late in 2015, involving the five coastal states plus Japan, the Republic of Korea, China, Iceland, and the EU. The coastal states have special interests and rights concerning fish in the central Arctic Ocean, which are recognized in the recently concluded agreement. According to the law of the sea, other fishing nations also have a right to fish in high seas areas beyond the 200 mile zones.


States have a duty to cooperate on the management of fisheries in high seas areas. For that reason, it was important to arrive at an agreement on prevention of unregulated fishing prior to the actual start of a potential, future fishery.

Following two years of talks, the 10 parties arrived at an agreement on November 30. The central point of the agreement is that the parties will not let vessels under their flag fish in the high seas area in the central Arctic Ocean. The agreement has a duration of 16 years, after which it will continue to be in force in five year intervals until a party withdraws from it or until a fully fledged regional arrangement for fisheries management is negotiated for the part of the high seas area which is not already covered by such an arrangement.


The agreement also emphasizes research and monitoring and the parties will establish a program for this in the near future, building on the existing scientific cooperation in this respect. The agreement also contains provisions on exploratory fishing.

The agreement does not establish a regional fisheries management organization, but is nevertheless an important contribution to the development of cooperative mechanisms involving both coastal states and distant water fishing nations. The agreement is unique in that it resolves a problem before it can arise. The ten parties to the agreement are committed to await starting commercial fishing until the existence of resources and ecosystems that can sustain commercial exploitation is demonstrated – an application of the precautionary principles to a practical problem.


Following the entry into force of the agreement, which will take some time as all ten parties are required to ratify it, a potential fishery will have to wait 16 years before starting, or until there is adequate scientific evidence that commercial fishing is sustainable. Therefore, for the next decade the most important activity under this agreement will be research and monitoring. In the near future, this is perhaps the most important aspect of this agreement – the impetus it provides for strengthening Arctic marine science.