Op-ed: Given our politicians firm reaction to the pandemic, it seems timely to wonder if the same impressive determination could be used to tackle the climate crisis, which after all represents an even more serious threat than the current pandemic. By Jan-Gunnar Winther and Ida Folkestad Soltvedt at Center for the ocean and the Arctic. 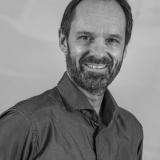 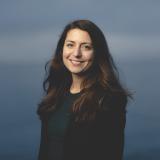 In 2019, we travelled the coast of Norway, from Longyearbyen in the Arctic to the southern capital of Oslo. The purpose of our journey was to listen to the needs and visions of coastal communities, organized as a string of public debates focused on the topic of creating a sustainable ocean economy.

Throughout the year, it became evident to us that there was broad agreement that undergoing “the green shift” is necessary. Many argued that partnerships and co-existence triggering synergisms could be a key factor to reach the goal, while some asked for stronger regulations. Equally shared, however, was the opinion that Norway’s politicians must lead the way. Now the coronavirus pandemic is showing us that they are more than capable of doing so.

An initial stopover in the archipelago Svalbard was a fitting place to begin our discussions about the consequences of climate change and adaptation strategies - it is among the fastest warming places on Earth, which its residents bear the costs of every day. While climate change used to be something affecting nature and wildlife, it now severely impacts the whole of society.

Over the past few years, new practices for building on (thawing) permafrost have been developed, and many houses in Longyearbyen are being replaced due to the increased risk of snow avalanches.

However, as we continued onto the Norwegian mainland, we soon learned that the issues of climate change also have a firm footing along the whole of Norway’s coast, and importantly, that our ocean industries are among the greatest advocates for finding and adopting climate change solutions.

Time and again, we were told by ocean businesses how sustainability is already becoming a competitive advantage. Many are now taking steps to reduce their own greenhouse gas emissions, and to develop more climate-friendly operations.

Moreover, the trend is strengthened by financial institutions, which are increasingly using sustainability as a criterion for selecting investment projects and issuing loans. That said, many small businesses are still struggling to operationalize the United Nations Sustainable Development Goals into practical local solutions.

Many are taking steps to reduce their own greenhouse gas emissions, and to develop more climate-friendly operations.

Moving from the general to the more sector-specific, we were surprised to hear the tourism industry ask for stricter regulations on its own activities. Ecotourism is advancing the sustainability of many places; however, it does not normally account for the carbon footprint created by traveling to and from destinations.

On the positive side, the coastal people we met expressed a strong will to increase overall value creation through stronger coordination and more synergism, while also conducting business in a more climate-friendly way and adapting to the consequences of climate change.

Yet, the continuation of such a development demands greater government involvement. The Arctic is one case in point, where activity has increased and visiting cruise ships have become larger over the years. The melting sea ice has also led them further north, despite limited search and rescue capacities. Many voiced concerns that an accident, were it to occur, would be fatal for both nature and people.

Also, within Norway’s largest industry - petroleum - the desire to change course has been evident. For instance, SAFE, the main trade union for personnel working in the energy sector, suggested using the Norwegian fiscal rule as an instrument to finance innovation and restructuring within the sector.

According to SAFE, the “excess” percent should be earmarked to help develop green industry by the petroleum industry itself, based on competence and knowledge gained from the Norwegian oil adventure.

All in all, our journey revealed a clear consensus that our coastal societies - and our ocean industries - are ready to change, and that a reorientation of business and lifestyles is necessary. However, what we need more than anything is political will, which many stakeholders agreed has been insufficient.

Then in March the coronavirus pandemic manifested in Norway. In a matter of days all of the country shut down, as the government introduced the strictest and most invasive measures since World War II.

Given our politicians firm reaction, it now seems timely to wonder if the same impressive determination could be used to tackle the climate crisis, which after all represents an even more serious threat than the current pandemic.

Climate change occurs more slowly, and the consequences become more severe the longer it takes before substantial action is taken. Hopefully, the current painful reminder of how vulnerable societies are can inspire us to take more proactive steps to address this critical issue.

And perhaps the Arctic – a region severely affected by climate change, but also home to many of our ocean industries – can lead the way with new innovative solutions. The Arctic Council could be an appropriate vehicle for driving such a process.