Skip to main content
BLOG: The best approach to ‘development for the people of the North’ is recognition of the extremely varied challenges and development needs than span across the so-called ‘North’. 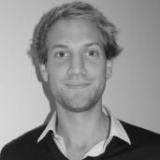 The best approach to ‘development for the people of the North’ is recognition of the extremely varied challenges and development needs that spans across the so-called ‘North’.

Established in 1996, the Arctic Council is founded on an inherently idealistic desire to develop the region jointly between the Arctic states and their indigenous peoples. However, with an increase of international attention to the region, some common misconceptions have started to spread about the Arctic, or ‘North’, which can actually function to hinder such development.

Conditions in the European part of the Arctic – in terms of climate, development needs and population – is vastly different from conditions in the North American or Siberian Arctic(s).

The Arctic varies not only in terms of sea-ice extent, but also with regards to temperatures, vegetation, animal life, industry and social conditions. Similarly, the North’s role as a part of the Arctic states’ economic and political identities and interests vary greatly.

Arctic debates in capitals located far away from the Arctic, like Brussels, London and Washington DC tend to neglect these basic premises. The Save the Arctic argumentation seems to have found it is easier to simplify across this vast region.

Portrayals are often of a remote and romanticized landscape threatened by human interference. When discussing ‘development for the people’, however, such portrayals can do more harm than good.

Regional development should be based on the premise of the population inhabiting the regions in question. The ‘Arctic’ label does place regional development in a context of rapid environmental change and the challenges that follows, which can help to shed light on some acute challenges that northerners face. The problem, however, is that these northerners and their challenges vary as much between themselves, as they do in comparison with southerners. Such labeling itself is consequently problematic.

What then, can the Arctic Council do to help an informed debate on Arctic development?
To a greater extent it should place emphasis on this primary challenge, and the variations between its ‘member’ regions. This might prompt questions concerning the relevance of a regional organization where the region in fact consists of multiple regions. Yet, with the Council’s growing international significance, such a debate should be encouraged and might prove stimulating.

This emphasis on nuances might also help rectify some of the unrealistic perceptions of the Arctic in capitals further ‘south’. Attuning to the demands and interests of its Arctic constituencies the Council would further strengthen its legitimacy amongst the primary users and beneficiaries of its work, namely these various Arctic regions.

Future arctic leaders from the Arctic States were last week gathered in Ottawa for a workshop. The occation was the Arctic Council Ministerial Meeting, and the young leaders met in Canada to discuss and share their vision for the future of the Arctic.

The Norwegian participants, Andreas Østhagen, Siri Beate Arntzen, Lena Fjellvang and Marion Aslaksen Ravna were all presenting a paper, and you can now read their thoughts on the Arctic future here in High North News.

Developing the "North"? The Implications of Generalization
Our Future in the Sea
Indigenous Rights in the Arctic -an uncertain situation
Building Attractice and Sustainable Communities