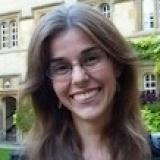 In 2022 we reach the 40th anniversary of the first European seal product import ban, but is this something to celebrate? The ban was agreed on in 1982 and imposed in 1983 by the European Economic Community (EEC) and now, as the anniversary approaches, it is a good time to reflect on the complicated implications of non-governmental organisation (NGO) campaigning.

One NGO that led in the anti-sealing movement stands out for examination: Greenpeace. Greenpeace stands out because its journey highlights the complexities for NGOs trying to reconcile their current identities and values with their legacies of questionable actions and beliefs.

Greenpeace formed in 1971 and by 1976 it was involved in unofficially leading the anti-sealing movement, with the International Fund for Animal Welfare (IFAW). Greenpeace started protesting against the Norwegian sealing fleet off Canada’s Northeast coast, however, its focus quickly shifted in 1977 to target Canadian sealers, particularly Newfoundlanders and Labradoreans.

While Newfoundland and Labrador was not the only target of the anti-sealing movement, it was the frontline. Greenpeace made a substantial indirect contribution to IFAW’s push for the EEC ban. It perfected the art of image events; carefully crafted depictions of situations in order to portray their desired narratives.

Greenpeace members protested on the ice during the 1977 hunt by destroying sealing equipment, throwing pelts into the water and harassing and threatening sealers. In one incident Greenpeace members surrounded a Newfoundland sealer, holding him hostage on a dangerous floating ice pan while trying to provoke him to respond to bullying taunts.

Greenpeace and the other activist organisations knew the people they targeted were extremely vulnerable.

Greenpeace’s narratives and actions were broadcasted around the world and helped define perceptions of acceptable treatment of rural hunters and their families. As a result, locals were subjected to endless coverage portraying them as murders and personal attacks filled with hatred from activist supporters.

"You dirty, rotten son-of-a-bitch! If I could get to you, I would beat you senseless; then I would skin your hide. You are a mean bastard and you will pay for your sins. You’re lucky I don’t go up there now and do it. I hope you die. Don’t be surprised if you hear me or see me…I’d pay anything to have you for five minutes".

Greenpeace and the other activist organisations knew the people they targeted were extremely vulnerable.

A 1977 Greenpeace report stated that the organisation knew the average sealer had 3.5 dependents, an average grade 9 education, lived in isolated communities and had limited occupational mobility. Greenpeace, and other activists, also knew many of the people they were targeting were a Canadian minority.

Newfoundland and Labrador only joined Canada in 1949 and has centuries of culture and history disconnected from Canada. Activists exploited the fact that the sub-cultural nuances the newest part of Canada would not be understood in Europe, the United States or most of Canada.

Furthermore, Indigenous sealers and cultures were ignored, with Inuit being particularly damaged by the EEC ban. So while Greenpeace did not seek the EEC ban, it helped prime European audiences to be receptive to it calls for it.

Apologizing for anti-sealing violence is complicated. Greenpeace struggles separating the outcome aims to stop sealing, which it supports, with the process it supported and used to achieve that outcome – unidirectional cultural violence against minorities.

The reality is that a lot of anti-sealing activists, including those in Greenpeace, and their donors are not from sealing cultures and support the anti-sealing movement’s efforts and practices.

However some Greenpeace activists who focus on Arctic and northern issues understand that Greenpeace’s anti-sealing legacy has problems. They are leading Greenpeace’s internal effort to balance accountable for violent and destructive processes with their committed anti-hunting beliefs.

Comprehending the Implications of the Anti-Sealing Movement’s Process

In 2014 Greenpeace Canada apologised to Canadian Inuit. In their apology Greenpeace stated:

"Like the corporations we campaign against, we too must be open to change. Open to examining ourselves, our history, and the impact our campaigns have had, and to constantly reassessing ourselves — not just by apologizing, but by humbly making amends and changing the way we work. And we have a responsibility — not just as an organization that once campaigned against the commercial hunt, but also as conscious, socially responsible human beings — to right wrongs, to actively stop the spread of misinformation, and to decolonize our thinking, our language and our approach" (Kerr, 2014).

Therefore, when you consider the violence that NGOs inflicted on Indigenous and non-Indigenous peoples to motivate the EEC ban, think: if it was your family, community and culture being torn apart by unidirectional violence, how would you feel? Would you honestly believe that the ends justified the means in activism if your loved ones had to pay the price?