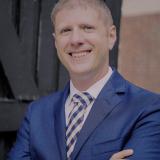 The Commandant of the U.S. Coast Guard, ADM Karl Schultz, is among those who commonly say that “presence equals influence in the Arctic.” Yet, the United States has only one heavy icebreaker, the incredibly aging CGC POLAR STAR, and the medium icebreaker, CGC HEALY- used primarily for marine science research. Neither is in a position to be utilized for year-round Arctic icebreaking operations.

POLAR STAR is consumed by the annual icebreaking mission to Antarctica for which there is no other government vessel capable, and HEALY, as a medium icebreaker, is not well suited for winter Arctic operations.

Meanwhile, China’s Ministry of Transport has announced that they will develop a new heavy icebreaker and a new heavy-lift semi-submersible vessel capable of salvaging and rescuing vessels in the Arctic. This would supplement their two existing icebreakers and be in addition to reports of their development of a nuclear-powered icebreaker.

With these investments, the Chinese have signaled a commitment to Arctic infrastructure and the importance of safe navigation for their economic lifeline- global shipping- in a way that the United States has failed to do.

This is not to say that other types of presence in the Arctic are not important. The U.S. Navy and Air Force deserve deep appreciation for the role of submarines and strategic aircraft in maintaining U.S. and allied superiority in the region.

The need for a visible surface icebreaking presence, however, is unique and essential to the geo-politics of this new era in strategic competition and even more essential to expanding economic growth in the Arctic.  Submarines and aircraft will not clear a path for critical shipping, respond to oil spills, or conduct maritime safety and security boardings in the U.S. Arctic.

The people of Alaska have long recognized what the Chinese have already figured out - that these economic and ecological activities are also critical to “security”.

The United States has smartly committed to the construction of a new class of icebreakers, the Polar Security Cutter (PSC), but delays in construction and design issues will likely set back the first vessel becoming operational for many more years.

In the meantime, the United States lacks a viable bridging strategy to ensure that it is positioned to operate in an Arctic that is seeing increased human activity and with it- potential for conflict and natural disaster.

While the United States and its allies rightly criticize Beijing’s outlandish claims to being a “near-Arctic power”, and fought its position as an observer within the Arctic Council for many years, it’s becoming less of a defendable criticism of China.

Our Arctic allies are not immune to Chinese interest in the region.

With its annual deployment of icebreakers and other research vessels to the Arctic each year and its increased scientific and economic investments in the region, China is in a position to have more presence in the Arctic than the United States will for some time. They may very well become (or perhaps have become) the Arctic partner of choice in this increasingly important region.

Many point to the United States’ strong alliances in the Arctic and say that our strength is in our cooperation with Arctic like-minded partners, five of which are NATO members.  But our Arctic allies are also not immune to Chinese interest in the region and many seem to welcome China’s increased role as an investor and cooperative scientific partner in the Arctic.

The issue of figuring out a viable bridging strategy reached the highest levels of government in the Trump Administration, when they published a 2020 Memorandum on “Safeguarding United States National Interests in the Arctic and Antarctic Regions”. In it, they directed the interagency to come up with options to rapidly increase surface icebreaker presence at both poles.

Unfortunately, like many initiatives good and bad in the last administration, they failed to effectively deconflict the various interagency interests and engage with Congress to achieve a funded, effective bridging strategy.

As Arctic shipping, energy development, fisheries, tourism and natural disasters all increase, the time is now for the U.S. Administration and Congress to take action.

A bridging solution, regardless of its short-term expense and logistical nightmares, would allow the United States to immediately sustain a year-round maritime domain awareness in the Arctic, provide search and rescue capability to remote areas, and train more U.S. Coast Guard personnel in the dangerous and niche nature of polar icebreaking.

This experience, training, and presence will only serve to well-equip the U.S. for a much-needed investment in the Arctic and ensure that it is walking before having to run to catch up with infrastructure investment and increased shipping.

It could include a foreign partner-nation leased or purchased icebreaker with known capabilities (with proper Congressional engagement), a shiprider and training partnership with an allied Armed Force or Coast Guard, expediting PSC construction currently underway, a massive investment in POLAR STAR and HEALY to ensure that they can perform the mission flawlessly for the near future, or freeing up POLAR STAR from Antarctic duties to focus on the U.S. Arctic.

These are just some of the ideas that the U.S. Department of Homeland Security, U.S. Coast Guard and Congressional oversight committees could consider more wholistically, provided that Congress and the Administration commits to funding this important mission.

This effort will not be cheap, and leasing or buying a one-off icebreaker that will be different from the rest of the eventual class of ships is often described as inefficient. The only thing more expensive is having the most-powerful nation in the world string-along for another decade without any meaningful icebreaker presence in the Arctic