Speaking of climate change resonates more with people today than it did ten years ago and nobody questions the fact that plastic pollution of the oceans is caused by humans . However, there is one subject that is largely ignored: Ocean acidification and its significant effects on our coasts and the ocean. 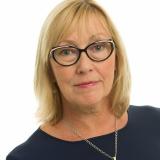 As a climate researcher focusing on how society adapts and readjusts, I connect the effects that climate change have on nature, primary industries and municipalities in the High North with changes taking place in society and politics.

Climate change is rather abstract and not necessarily directly visible; however, it results in changed weather patterns that affect nature and people in a variety of ways.  When we talk to people about climate change today, it resonates far more than it did ten years ago.

Back then, we were often met with comments about how climate change may not be caused by humans and about how the weather always changes between seasons and years.

This is, of course, correct and it is thus hard to communicate the abstract idea that our activities have such a large impact that we can actually change the globe. There are fewer of these conversations today. However, in my everyday life as a researcher another matter has appeared that is almost equally hard to study: The effect of ocean acidification.

We hear many sad and serious stories about plastic in the ocean, and there is no doubt anywhere in the world that humans are to blame for increased plastic pollution. There is no debating that.

At the same time, we acidify the ocean, and this is a process that is directly linked to our climate gas emissions; however, ocean acidification is not as visible as marine plastic pollution, even though the long-term effect may be even more significant for the oceans of the world.

The ocean takes up significant amounts of CO2 from the atmosphere and has for a long time held a crucial role in reducing climate gases in the air. There is an equal balance between gases in air and in water, thus, the pH value of the ocean decreases, i.e. the ocean is acidified, when water reacts with CO2. Acidic water reduce the calciforous organisms ability to build shells.

What we do know is that by 2050, the ocean may be more acidic than it has been for the past 25 million years. Even though both shells and corals may adjust to a certain level of acidic ocean water, there is a high risk for unbalance in complex ecosystems, causing algal bloom and jellyfish invasion.

At the same time, sugar kelp may have better growth conditions because warming oceans, due to climate change, will reduce the grazing footprint from sea urchins. This may become an important industry in High North coastal waters.

At the same time, acidification is expected to become a larger problem in northern coastal areas because cold ocean water absorbs more CO2. The coast is actually quite significant, as ocean acidification in coastal waters interacts with lack of oxygen, increased influx of nutrients from runoffs and increased temperature.

There are many and complex connections associated with ocean acidification, and there is a lot to learn for an anthropologist.

This project investigates how ocean acidification affects the coastal zone and the livelihood of people who live from fisheries and sea farming.

We observe that there are vast differences in how ocean acidification affects different fjord systems, which will require local coastal area management and adaptation in addition to national regulations. Currently, the Norwegian Environment Agency and other national authorities do not readily include input from municipal coastal zone management in monitoring programmes and national management of ocean acidification.

The AcidCoast project will propose how to best  address this issue and identify the best possible adaptation measures to ocean acidification.

We have no solution to the increasing ocean acidification problem and even if we were able to curb climate gas emissions, there is a lag in the system that the ocean would keep acidifying. We thus need to find good adaptation measures  in order to reduce damages to the foundations of coastal livelihoods.

I Was Going to Nome, Alaska, but Climate Disruption Got in My Way