Hopp til hovedinnhold
The EU’s Arctic endeavour has certainly not produced any resounding success; however, despite concerns about its legitimacy in the Arctic, the EU has, and will continue to have, a large role to play in its Northern Neighbourhood, say researchers Andreas Raspotnik and Andreas Østhagen in this op-ed. 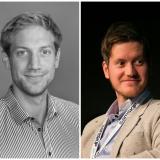 The Arctic is melting, and melting fast. In times of starving polar bears going viral, the Arctic has become global climate change’s canary in a coal mine. Over the last ten years, the European Union has also felt an Arctic allure, with its various bodies attempting to formulate a coherent policy approach for its “Northern Neighbourhood.” After the EU’s decade-long northern efforts with only minor progress, one pivotal question remains: will the EU continue to devote resources to its Arctic role?

The EU is an actor in the Arctic
The EU’s Arctic endeavour has certainly not produced any resounding success, as mixed institutional signals have led to inconsistent depictions of the EU’s role in the Arctic. The various political statements—ten in number since October 2008—illustrate a gradual formulation process that essentially characterizes the EU’s Arctic policy: a successive approximation of common positions with outstanding institutional aspirations of what the EU’s Arctic role should be.

Clearly, the EU is an Arctic actor. Not only are three of its member states considered Arctic (Denmark, Finland, and Sweden), but the EU also holds a strong, multidimensional regional presence. This includes its regulatory and research footprint, a proven impact on the Arctic’s climate, its market relevance, and participation in regional regimes to manage a growing number of Arctic challenges.

But, the EU’s regional involvement is far from straightforward. In fact, the EU’s efforts to become constructively involved in the Arctic have proved to be rather controversial among Arctic stakeholders. With some of the EU’s Arctic political statements having a slightly paternalistic, self-opinionated tone, the EU’s Arctic forays have not always been well received by Arctic states such as Canada, Norway, and Russia. The infamous ban on seal products may be the most prominent case. The heart of the problem does not only lie in the EU’s institutional structure and its complex decision-making mechanisms, but also in a limited understanding of the EU amongst some of the Arctic actors. The role of the European Parliament and its legislative power, for example, is not always clearly understood in Arctic circles, with local or national politicians, media, or other stakeholders lamenting EU meddling in affairs beyond its jurisdiction.

Other issues dominate
The EU’s regional commitment has also fluctuated over the last decade as more pressing issues have arisen on Europe’s agenda. Largely, the Arctic is only of peripheral concern for EU policymakers. This leaves the Arctic as a niche policy domain, dominated by special interests ranging from environmental protection to fisheries that only fuel the misconceptions of the EU’s Arctic interests. In a way, it is the democratic deficit turned on its head. Few pay attention to one-off controversial statements by national politicians in Arctic states, especially when these are non-official or issued in Russian or a Scandinavian language. Yet, as soon as Members of the European Parliament state that a moratorium on Arctic oil and gas should be implemented, strong northern reactions are guaranteed. In some respect, this affirmatively answers the reccurring question whether an EU Arctic policy and a distinctively articulated EU Arctic role actually matter in and for the circumpolar North.

With the EU Arctic policy currently in some nebulous self-discovery process—with no political statements are planned for the near future—one wonders what comes next for the EU in the Arctic.

New EU Arctic Affairs Ambassador
2017 was mainly characterized by minor EU-Arctic activity. EU actors have, for instance, started to challenge Norway with regards to fisheries of snow crab on the Norwegian continental shelf and around the archipelago of Svalbard. The European Parliament has voiced further concern regarding Arctic oil and gas exploration in waters beyond the EU’s jurisdiction. The EU’s sanctions against Russia, which similarly tackle Arctic oil exploration, also remain in place. Within each of these policy areas various and sometimes divergent interests are at play. A small step forward to accommodate the many Arctic voices in Brussels could be the newly introduced EU Ambassador at Large for Arctic Affairs. This thematic post offers a new force in the EU’s Arctic policymaking process. Directly appointed by the High Representative for Foreign Affairs and Security Policy, the Ambassador may not only play a key role in representing the EU in the Arctic, but also help to facilitate intra-institutional cooperation in Brussels.

As a region of increasing political engagement, commercial opportunities, and climate change concern, the Arctic will continue to be on the long-term agenda for the EU’s northern member states, as well as other European stakeholders, whether these are environmental NGO’s, indigenous groups (predominantly the Sámi), shipping companies, or fishing fleets. 2017 has also seen Finland taking over the Arctic Council’s Chairmanship, the European Commission starting to organize the Second Arctic Science Ministerial 2018, and successful international negotiations to prevent unregulated fisheries in the Arctic high sea.

Despite concerns about its legitimacy in the Arctic, the EU has, and will continue to have, a large role to play in its Northern Neighbourhood.


This op-ed was originally published in Charged Affairs and has been republished here with permission.