Skip to main content
The Arctic is changing and that affects our local communities. Changes to climate and ecosystems may create both opportunities and challenges to business and management. Reduction of sea ice makes coastal communities in the Arctic more available for ship traffic.  At the same time, we know too little about how this affects these communities. 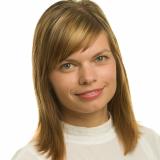 The Arctic is changing and that affects our local communities. Changes to climate and ecosystems may create both opportunities and challenges to business and management. Reduction of sea ice makes coastal communities in the Arctic more available for ship traffic.  At the same time, we know too little about how this affects these communities.

Big changes have happened in Longyearbyen over the past decades: The local coalmining company Store Norske has been reorganized a.o. as a consequence of declining coal prices, emergency preparedness has been strengthened, there is an expressed political will to place resources in the trinity of research, education and tourism, and local democracy has arrived at Svalbard. Since the beginning of this century the local fluctuations in society combined with ocean temperature change have affected shipping in the Arctic, both with regards to kinds of vessels, the number of vessels as well as access to new areas.

Another driving force in local shipping is the extending of the navigation season. The Icefjord has been more or less snow-free for the past few years, which secures year-round connection to Longyearbyen by boat – among others for the ‘Norbjørn’ supply boat.

Despite reduced extend of sea ice in the Arctic, the area is marked by yearly ice variations that affect tourism. In 2017 a local day-trip organizer could offer boat rides to Pyramiden as early as March. However, in April the ice edge stretched out eight kilometers from the coast, so that the boat had to return without reaching its destination. Challenges continued into the summer season, when some of the expedition vessels were unable to sail around the archipelago early July. Many vessels even had to return before reaching 80 degrees north, which is a key tourist destination. Several actors pointed out the unusually unpredictable ice conditions in the spring and summer of 2017.

Longyearbyen’s local community depends on shipping to secure its supplies. Historically, shipping was crucial for the local development and a precondition for living at Svalbard. With an ever-shorter snowmobile season, shipping is increasingly used to provide local logistics.

The extending of the sailing season over the past few years leads to new opportunities and challenges. One the one side there is local creation of wealth, development of destinations and more good offers for the local population, who e.g. et to travel cheaper with some of the day-trip operators. On the other side, there are the many insecurity factors related to continued increase in ship traffic, for instance regarding the growth in the number of visitors to Longyearbyen, increased risk of accidents and the pressure on infrastructure and the environment.

This has created a new need for adaption, in particular in the port areas where there is a limited amount of resources. Adjustment to both observed changes as well as future changes is needed. A series of climate models predict an ice-free Arctic ocean as early as the summer of 2040 (see the image from Smith and Stephenson 2013). Should this prove to be right, certain ships can sail right across the North Pole in a few years. In this scenario, the sea routes will go right past or through Svalbard, which will demand increased adaption and preparedness.

How does the local community adapt to the dramatic growth? Julia Olsen of Nord University studies this in her doctoral thesis. Preliminary results indicate  that increased focus on sustainable development sets new premises for local creation of wealth, living conditions and environment.

Locally, rules and regulations are already implemented to reduce environmental pressure from ships; the Regulation of pilot services on Svalbard, the Regulation of larger nature preservation areas on Svalbard, Regulation about tourism etc. on Svalbard. In addition, local business actors (such as AECO, Visit Valbard etc.) have contributed to developing guidelines for raising awareness with shipping companies as well as tourists about Arctic nature and society. At the same time, several local actors point out that today’s preparedness and local infrastructure are not dimensioned for the current growth in sea traffic. This is an ocean area with long distances, tough weather conditions and limited communication and alerting services. There is an increased need for understanding of the growth, which will require cooperation between several actors both in business and management, and also from the local population.