Skip to main content
The time has come for Arctic states to try to understand the European Union and acknowledge its investments in research, development and education in the region, and its contribution to Arctic governance. It should be formally accepted as an observer to the Arctic Council. 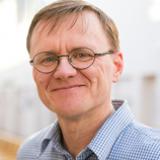 The time has come for Arctic states to try to understand the European Union and acknowledge its investments in research, development and education in the region, and its contribution to Arctic governance. It should be formally accepted as an observer to the Arctic Council.

The European Union is enhancing its engagement in the Arctic. It is expected to issue a statement in the first half of 2016, based on a roadmap released earlier this year by the European Commission and the European External Action Service. This is a logical next step that builds upon the EU’s earlier policy documents in 2008 and 2012 that identified the broad contours of the EU’s policy and activities in the Arctic. By now, all the major institutions of the EU (Parliament, Council and the Commission) have taken a stance on the EU’s presence in the Arctic, a presence that extends far beyond the EU’s involvement in the work of the Arctic Council and the continuous lack of the EU’s formal observer status in this forum.

There are many common misunderstandings about the EU as an Arctic actor: what the EU is, what it can do and what it should do (or not do) in the region. It’s important to clarify these false impressions, so that they don’t hinder the constructive role of the EU with other players in the Arctic.

Myth #1: The European Union is not and should not be an Arctic actor

The idea here is that a state must have a geographical presence in the region – that is a coastline on the Arctic Ocean – to be an Arctic actor. Without an Arctic coastline, the argument goes, the EU has no influence in Arctic waters, therefore excluding it as a valid Arctic maritime actor.

This argument is true in the sense that the nation-states that have Arctic coastlines – Norway and Iceland – are not part of the EU. Denmark is an EU member, but Greenland withdrew from the European club in 1985.

But this argument has problems on many levels. There are many definitions of the Arctic and most of them are not reduced to whether a country has maritime areas. When Finland invited states to participate in the 1991 Arctic Environmental Protection Strategy, it convened only those states that had areas of sovereignty above the Arctic Circle, including Sweden and Finland, which are part of the European Union, and Iceland and Norway, which are bound by much of the EU’s policies and regulations via the European Economic Area (EEA) Agreement.

However, even if the definition of the Arctic were limited to marine areas, the argument that the EU is not an Arctic actor because it does not have an Arctic coastline remains faulty since it is based on the idea that only geographical presence gives the EU influence over the Arctic Ocean and its coasts.

All states have certain rights in maritime areas, including the deep seabed, the high seas, and within coastal states’ exclusive economic zones. In the case of the EU, all 28 member states have transferred to the Union some competences associated with these rights. In most policy areas, it is the EU that has exclusive or at least shared competence to regulate and initiate policy change. This is true especially in marine areas. The EU regulates certain aspects of how vessels operating under the flags of member states must conduct themselves. Fisheries also fall under the control of the EU. If an Arctic fisheries agreement were drafted, it would be the EU – not the member states – that would participate in the negotiations.

The EU shares also the responsibility of protecting the high-seas environment. There is an on-going global process with the United Nations to regulate the management of biodiversity in areas beyond national jurisdiction, including the 2.8 million square kilometers (1.1 million square miles) of Arctic high seas.

Myth #2: The European Union does not understand the political realities of the Arctic and thus should not interfere with Arctic governance

The EU has been accused of not understanding the political and social realities of the Arctic. This stems mainly from three actions: the 2008 resolution by the European Parliament, which advocated pursuing the opening of international negotiations designed to lead to the adoption of an Antarctic Treaty System-inspired international treaty for the protection of the Arctic; the 2013 Directive on Safety of Offshore Oil and Gas Operations, in the parliamentary discussion on which it was argued that a moratorium should be established on any offshore hydrocarbon exploration and extraction operation in the Arctic due to the vulnerability of its unique environment; and the 2009 ban on seal products.

But the EU has already corrected or clarified its outlook on these positions. The European Parliament has abandoned the treaty idea and the policy stances of the main institutions of the EU – the Council, Parliament and the Commission – are now very much in line with various policy statements of the Arctic nation-states. There was never any real threat that the EU would somehow stop oil and gas development – the argument was an opinion of the environmental committee and did not survive in the final text of the directive. From the viewpoint of the Arctic constituency, the seal ban was probably the worst policy adopted by the EU, but it could be seen as necessary to harmonize the national legislative efforts of the member states and disturbances to the EU common market, since Belgium and the Netherlands had already banned seal products.

Myth #3:The EU is not a permanent observer in the Arctic Council

In the 2013 Kiruna ministerial meeting, all of the interested Asian states (China, Japan, South Korea, India and Singapore) and Italy were accepted as observers to the Arctic Council, but not the EU. Formally, the EU’s application was received positively by the Council, but the implementation of this positive decision was suspended until the EU resolved some problematic issues, primarily, one assumes, the seal ban. The Arctic Council is a consensus-based, high-level intergovernmental forum that requires all members to accept the prospective applicant. No observer is permanent as their status is subject to regular review. In this case, Canada vetoed the EU’s formal observer status, understandably since at the time the two were engaged in a dispute within the WTO over the seal ban.

After the WTO dispute was resolved and the regulation was amended to address the WTO decision, the road for observer status seemed clear for the EU. On many occasions, I heard Senior Arctic Officials (SAOs) say that it was only a matter of time before the EU became an observer in the Council. But then came the Ukraine conflict and cooling relations between Western states and Russia – the side-effect of all these geopolitical developments was that Russia was no longer willing to accept the EU as an observer.

Where does the EU stand now with the Arctic Council? It is neither an observer nor some kind of ad-hoc observer. The EU acts as if it were an observer and it is being treated by the Council as an “observer-in-principle.” It has provided concrete inputs to Arctic Council working groups, in particular to the Protection of the Arctic Marine Environment and Conservation of Arctic Flora and Fauna, where EU representatives provided information and constructive suggestions relevant for Arctic maritime navigation or migratory birds.

Even if the EU already acts very much like a full observer, it is clearly important that it attains the formal status. This is because observer status in the Council came to be seen as a stamp issued by Arctic states – and to certain extent Arctic indigenous organizations – symbolically acknowledging an observer’s Arctic credentials, interest and role in the region. Long-term participation in the Council’s work would allow the EU to influence the common knowledge-building about the Arctic region. Currently, the EU is in a state of suspension, although no observer can be certain of its future status in the Council as it may be recalled at any point.

A clear road ahead

The EU is a unique experiment in international governance. It is a hybrid establishment, an inter-governmental organization that acts very much like a federal state in many policy areas. It is an extremely difficult policy entity to understand. Yet, it is equally clear that we must try to understand it since it is and continues to be an important policy entity in the years to come.

As the 2016 initial Arctic roadmap suggests, the EU will intensify its Arctic policy. And despite many common misinterpretations, the EU has enhanced Arctic governance in many ways. The EU has already made a significant contribution to the region by providing large investments in research, funding for regional development in Northern Fennoscandia and Greenland – in transportation, education, business networks or indigenous entrepreneurship, or acting constructively as an “observer in principle” in the Arctic Council.

The time has come for the Arctic constituency to try to understand the EU. As a vast policy entity, the EU will never act only with the Arctic in mind, but if it is accepted formally as an observer, the road is clearer for increasing mutual dialogue and understanding.

The author thanks Malgorzata Smieszek, Nikolas Sellheim and especially Adam Stepien for their comments on the article.

This article originally appeared on Arctic Deeply, and you can find the original here. For important news about Arctic geopolitics, economy, and ecology, you can sign up to the Arctic Deeply email list.