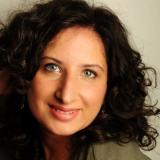 “The European Union is in the Arctic”. This is the incipit of the last EU Arctic Policy adopted in October 2021. The EU aims at being internationally considered a geopolitical actor in the Arctic but it is geopolitically and legally weak in the region.

The EU Arctic members states - Denmark (Greenland is not part of the EU), Finland and Sweden - do not have shores on the Arctic Ocean, which decreases their geopolitical importance in the region compared to the five coastal states, the so called Arctic 5 (Canada, Greenland – Denmark, Norway, Russia, and the United States).

Also, the EU is not a full-fledged member or observer in the Arctic Council, the most important intergovernmental forum guiding cooperation in the region that is becoming increasingly relevant from a geopolitical perspective. The EU’s application for the Arctic Council observer status has been opposed by Canada and Russia, although for different reasons.

More specifically, Canada’s opposition was based on economic reasons, namely the fact that the EU Regulation on the ban of seal products negatively impacted the trade of seal pelts of its Inuit population.

Russia’s opposition was instead based on geopolitical reasons essentially due to the tensions with the EU that criticizes the Russian assertive attitude in Eastern Europe that has become aggressive towards Ukraine since 2014. Also, Canada and Russia have always tried to avoid the interference of the EU in the Arctic affairs.

The EU, which has no shores in the Arctic, is interested in the internationalization of the region.

Canada and Russia, which are coastal states, are interested in protecting their right to impose their national legislation on the Arctic passages by grounding it on article 234 of the United Nations Convention on the Law of the Sea. By contrast, the EU, which has no shores in the Arctic, is interested in the internationalization of the region.

Therefore, a deeper involvement of the EU in the Arctic affairs could jeopardize the status quo. Acquiring the full-fledged observer status in the Arctic Council would mean for the EU to have a more direct eye in the region.

However, the EU is an ad hoc observer of the Arctic Council, actively finances and cooperates with the working groups in which the Arctic Council is organized and, through the European Commission, is a member of the Barents Euro-Arctic Council, the other body for inter-governmental cooperation also dealing with sustainable development.

Additionally, the EU cooperates with Iceland, Norway and Russia, that are Arctic states, within the Northern Dimension, which is a policy launched by the EU in 1999 in order to strengthen its ties with non-EU members in Northern Europe. From a legal point of view, the EU legislation only indirectly influences the regional affairs.

Its norms apply to the Arctic region through Denmark, Finland and Sweden that are obliged to abide by them. In this context, particularly significant is the Green Deal aiming at transforming the EU into a competitive economy ensuring no net emissions of greenhouse gases by 2050.

Is the Arctic really important to the EU?

Unfortunately, the current war in Ukraine and the consequent deterioration of the relations with Russia is jeopardizing this goal as the EU, strongly dependent on Russian gas, is obliged to find supply alternatives that contradict the purposes and objectives of its energy transition to a low-carbon economy.

This is particularly affecting the implementation of the Green Deal that is at the core of its policy towards the Arctic as environmental protection is the driving force behind its engagement in the region.

At the same time, EU legislation affects Iceland and Norway as it is incorporated in the annexes and protocols of the European Economic Agreement, if it is considered relevant by its Joint Committee Decisions. Finally, the EU is a key driver of a number of international agreements that however are not specifically addressed to the Arctic although they also apply to it.

A good example are the Multilateral Environmental Agreements (e.g. Kyoto Protocol, Paris Agreement) as the EU participates in most of the international legal efforts to make the world greener affirming itself as a leader in the environmental protection internationally. At this point, another question might come to the mind: is the Arctic really important to the EU?

The answer is definitely positive essentially for three reasons.

The EU is struggling to affirm itself as a geopolitical actor in the Arctic.

First, geography. The EU is the most industrialized region closer to the Arctic. The EU is actually part of the Arctic through the northernmost regions of Finland and Sweden (Finnish Lapland and Norrbotten respectively).

They are part of the European Arctic constituted of the northernmost regions of Finland, Norway, Sweden, the northwest Arctic Russia, the Faroe Islands, Greenland and Iceland. Here the EU’s economic and environmental influence is quite strong.

Second, environment. The EU contributes to the Arctic warming as it produces 8% of the global greenhouse gas emissions and to about 36% of Arctic deposition of black carbon transported there by air. Additionally, the EU is a considerable source of marine litter.

Third, economy. The EU buys one-fourth of Arctic hydrocarbons including 87% of the liquefied natural gas produced in the Russian Arctic. It imports a number of material like gold, nickel and titanium and one-third of the Arctic fish. Also, the EU has invested 200 million euro in research.

In short, the Arctic is an area of great interest to the EU for geographical, political, and economic reasons but the EU is struggling to affirm itself as a geopolitical actor in the Arctic.

However, the current situation in Ukraine, which is altering the geopolitical asset both regionally and internationally, might give the EU the possibility to increase its presence and importance in the Arctic depending on how the relations between the West and Russia will be reset.