While the role of networks and teleoperators is rather visible, data centers that constitute a backbone of Internet infrastructure are often not mentioned in the coverage of the crisis. Assistant Professor at Oulu University, Alexandra Middleton and Internet Infrastructure Expert at Digital Footprint AS, Bjørn Rønning examines why connectivity in the Arctic is so important. 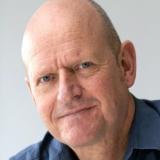 In March 2020, the life we were used to changed overnight under the threat of the COVID-19 pandemic. Instantaneously, governments announced social distancing and remote work for ‘non-essential workers’. Both work and education were transferred online. According to the latest research, 37 percent of employees in the EU began working from home this spring, and the figure in Finland was nearly 60 percent.

It was not just work and teaching that went online, communication with friends and loved ones had to be done via the Internet. With restaurants, bars, cinemas, museums and numerous places of sport and culture being closed, entertainment had to go online too, with soaring Netflix and YouTube traffic.

A quick transition to “online life” was possible due to broadband accessibility in developed countries. While the role of networks and teleoperators is rather visible, data centers that constitute a backbone of Internet infrastructure are often not mentioned in the coverage of the crisis. At the same time, data centers are at the core of receiving, processing, transmitting and storing digital data. They are an essential critical infrastructure for all digital transactions in our economy.

The world’s largest Internet Exchange DE-CIX in Frankfurt am Main saw growth in data traffic during the COVID-19 crisis. Especially the growth in video conferencing traffic (for example, Skype, Teams, and Webex) has risen by 100 percent as a result of the widespread use of home offices in the past weeks, online video streaming has increased by 120 percent, and gaming by more than 80 percent.

It is expected that the demand for data centers’ offerings will continue to increase as a result of COVID-19 generated demand for online and cloud services. The market shares of data centers giants Equinix and Digital Realty hit 52-week highs in April 2020.

The demand for data centers’ offerings will continue to increase as a result of COVID-19.

Why is then the investment into data centers in the north limited? In contrast to the denser populated areas, the Arctic regions, in the current state, do not have sufficient telecommunication and data infrastructure, which is a requirement of data center players. The lack of infrastructure capacity and diversity within the region applies both nationally and internationally. The connectivity issue needs to be solved before the data center value proposition can be fulfilled in the Arctic.

Why does the Arctic need a subsea cable? This can be summed up in three points:

Deploying terrestrial cables requires many levels of permits and right-of-ways from landowners, and other providers necessary to deploy fiber cable, i.e. railroad companies, roads, gas pipelines, etc. Right-of-ways would usually incur added cost to the fiber projects. The permitting process is often the most time-consuming activity in any fiber cable deployment, and in particular for terrestrial fiber deployment. For subsea cables, the permit process is also lengthy but the pay-offs are higher.

The Finnish-Russian Arctic Link project, spanning from Japan to both Murmansk in Russia and Kirkenes in Norway, is an example of such a subsea cable project in the making. A functioning subsea cable would gravitate more data center players around the North; however, this project will not solve the remaining issues of cross-border connectivity singlehandedly. This further exacerbates the need for more investment in submarine cable projects in the Arctic.

Can the plan of re-building of the economy in the Arctic include data centers as part of it? A Green Deal by the European Commission adopted at the end of 2019 calls for the EU’s targets of net-zero carbon emissions by 2050. Parliament called on the Commission to propose a recovery and reconstruction package that “should have at its core the Green Deal and the digital transformation in order to kick start the economy”.

There is a real potential for the data center industry in the Arctic with abundant renewable energy supply to tap into this opportunity. Data centers as part of critical infrastructure can be the part of the post-COVID-19 recovery plan, but stronger support of national and regional Arctic governments is needed, encompassing the development of the overall connectivity infrastructure of the Arctic region.

Strong cooperation and joint strategies are required for developing connectivity and data centers in the North. There shall be a mutual understanding that data centers could bring the boost to job creation in the knowledge-intensive industries in the High North. Overall, improved connectivity of the Arctic area and data centers as part of it brings development potential to various Arctic stakeholders.