Skip to main content
As Russian diplomats are leaving NATO countries and vice versa, we are losing more than one important channel of contact. There is less cross-border movement, less sharing of positive stories in the media, and less public funding for social collaboration. Yet, it is in times like these that dialogue is needed the most. 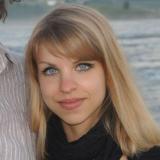 From Dr Ingrid A. Medby
As Russian diplomats are leaving NATO countries and vice versa, we are losing more than one important channel of contact. There is less cross-border movement, less sharing of positive stories in the media, and less public funding for social collaboration. Yet, it is in times like these that dialogue is needed the most.

Broadening participation in discussions and decision-making as an issue has been raised a number of times, not least in those relating to the Arctic. And while some great progress has definitely been made (and here, what I have heard about HND’s youth and student activities are commendable!), much also remains to be done.

Most recently, Amanda Åsberg’s comment here in High North News resonated with my own experiences as a female early-career researcher. Writing about young people leaving Northern Norway, she used the example of a past entrepreneurship event where "all men above forty" left the room when discussion about youth was on the programme – for "more important" conversations, presumably amongst themselves. Similar thoughts were swirling around in my head recently while listening to an expert panel in the USA discussing the Arctic: all male, all white, all at least a decade older than me, and all seemingly equating "Arctic issues" with military strategy, and in particular, relations with Russia.

However, one comment made there stuck with me – that, yes, of course the American government talks to Russia, "they just don’t like to admit it". In light of the collusion accusations surrounding President Trump and his team’s contact with Russian actors, this is perhaps not such a surprise. And while the comment was probably meant somewhat tongue-in-cheek, there is undoubtedly also an element of truth to it – being "too friendly" may be seen as suspicious.

What is worrying about this is that (unsuccessfully) hidden conversations behind closed doors come to have repercussions for open, transparent discussions and interaction too. I have wondered ever since: What are we left with if partaking in dialogue comes to be seen as somehow negative? And how will we ever tackle stereotypes and distrust if leaders too are actively performing them for popular support?

Thinking about dialogue here at my desk in Oxford, what strikes me most of all is its breakdown in recent weeks and months. And more specifically, considering the Arctic and dialogue here in the UK at the moment, I cannot escape thoughts about the current relationship between the West (however defined) and Russia; about the chill that sweeps across both Arctic and wider international relations when those meant to be partaking in dialogue are "sent home".

So, that is why I felt compelled to write about the importance of not only broadening it but keeping dialogue going at all – points I did not foresee having to be made again in the 21st century Arctic context.

To situate my views, first of all: I am an emigrated Northern Norwegian finding myself in the UK (much like last week’s commentator Siri Arntzen). Long before I became aware of the geographies that now characterise much of my research, such as the "Arctic" or "Barents" (or most other words to be honest!), my family lived in the very north-eastern part of Norway, in Kirkenes not far from the Soviet border. When I was a bit older and learnt that I shared my birthday with the "lost" Russian princess Anastasia (admittedly a few years apart), my interest was further fuelled; and fortunately, the small and humble predecessor to Stormen Library in Bodø offered books to satisfy my curiosity about the country and its people.

Slightly older yet, we relocated once more to Tromsø, where I had the opportunity to study Russian in school. As part of this, I finally got to cross the border that had been so iron-like during my early years. In Murmansk, I stayed with a girl called Dasha, her mum, stepdad, and two dogs (and semi-adopted third dog on the landing), and probably learnt more about our neighbours in the north than I had throughout the preceding 17 years.

The reason for mentioning my own brief experiences here is that they are an example of positive cross-border relations and fantastic people-to-people initiatives between Norway and Russia (which sadly seem increasingly under-valued and under-funded by the Norwegian government). While I am of a generation that does not really remember the time before Gorbachev’s glasnost, of course many Norwegians remember the Cold War all too well – but also potentially WW2, when the Soviet Union aided Northern Norway’s liberation from the German occupation. What all of my classmates at Kongsbakken upper secondary school in Tromsø shared was an appreciation of and interest in our neighbours – neighbours who we assumed would only become increasingly close partners in years to come.

Therefore, after the terrible nerve agent attack on the Skripals here in the UK last month, I have been surprised, disappointed, and even outraged by the ways in which the media here has presented the case. In what seems like a rather un-nuanced narrative, "Russia" – as seemingly one, unitary actor (somehow all embodied in Putin) – has been publicly blamed as the culprit of the attempted murder. This is not to say that I do or don’t believe this to be the case. Rather, I feel at loss for any theory at all due to both media and governmental finger-pointing, due to the lack of any Russian voices in this, indeed due to the lack of open dialogue.

Of course, the incident follows other conflicts of late between Russia and the NATO-member states: Syria, Crimea, and the US election to mention a few. And click-baiting writers have for years thrown around the unfortunate suggestion of a "new Cold War", not least in the Arctic context. It is a claim that has been refuted time and time again, yet keeps reappearing. As the old saying goes, "words create worlds" –  and this is where my worry lies: The colder we say it is, the colder it eventually feels. The best way, perhaps the only way, to turn up the socio-political temperature is to change that monologue to a dialogue; listening as well as speaking.

As Hedda Langemyr recently highlighted, the same defence efforts that might be seen as increasing security here, might look much more like increasing insecurity in Russia. Any story may sound very different depending on from where it is heard and by whom it is told. Overcoming binary visions of good vs bad, and instead starting to re-build those far more nuanced people-to-people connections can only really take place if we acknowledge the need to relate in any functional political relations. And that means welcoming rather than expelling diplomats, reinforcing rather than and discontinuing diplomatic bridge-building efforts.

It is on this note I want to end, using the opportunity of HND’s recent success to reiterate the importance of dialogue. So-called symbolic exclusions, cold shoulders, and silent treatments should remain where they belong: in the schoolground and early 1980s. In order not to regress further, can we please start strengthening that dialogue instead? Difficult as it might be, it is in times of disagreement that talking together matters most of all.