Skip to main content
As shipping activity in Arctic waters increases, so does the need to regulate environmental risks. A ban on the cheapest and dirtiest fuel will lead to adoption of cleaner maritime solutions. 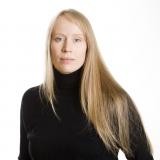 From Runa Haug Khoury
As shipping activity in Arctic waters increases, so does the need to regulate environmental risks. A ban on the cheapest and dirtiest fuel will lead to adoption of cleaner maritime solutions.

Human activity in Arctic waters is increasing. As the climate changes and the sea heats up, important fish stocks such as cod move north. And so do the fishermen.

Open Arctic waters become more available for new industrial activities as the Arctic ice shelf is retreating. Oil and gas extraction and subsea mining are both subject to substantial environmental controversy.
Above all, a more accessible Arctic will spur the region’s future shipping activity.

According to the Arctic Council’s Arctic Marine Shipping Assessment, the most immediate impacts of climate change in the Arctic will be the reduction of summer sea ice, longer open water seasons in the fall and the reduction of the year-round presence of multi-year ice. These changes may have far reaching implications for Arctic ecosystems and will also result in the lengthening of the current shipping season.

Shipping may be occurring much later into the fall and possibly earlier in the spring, thereby increasing the possibility of interaction between migrating and calving species and ships. The Arctic food webs are small, and the relationships between species are tight. As these delicate ecosystems are exposed to increased human activity, the responsibility to apply precautionary measures to mitigate risk must naturally follow.

Shipping activity in Arctic waters is still of modest extent, but this is about to change. Adopting the necessary precautionary regime must be done before Arctic shipping grows. Committing to a regulatory regime today will ensure an easier implementation – and can prevent accidents of irreversible scope.


The risks of heavy fuel oil in the Arctic

Black carbon has a particularly harmful effect at high latitudes. The warming impact is increased by at least a factor of 3 in the Arctic region as compared to emissions over the open ocean. In the atmosphere, black carbon particles absorb both incoming radiation from above as well as reflected radiation from below, thereby doubling the warming impact. Furthermore, when black carbon particles fall onto snow and ice it accelerates the melting.

Switching from heavy fuel oil to an alternative marine fuel, such as low-sulphur distillate fuel, is expected to reduce black carbon emissions by 30 % and beyond.

Increased shipping activity in the Arctic will also augment the risk of accidents. The event of a heavy oil fuel spill in the Arctic will have detrimental effects on local ecosystems. The lack of infrastructure, uncharted waters, severe weather conditions and navigational hazards such as sea ice, can make spill response efforts nearly impossible.


Bellona calls for a ban of heavy fuel oil

Today, around 40 % of cargo and cruise ships operating in the Arctic use heavy fuel oil. As shipping activity in the region is expected to grow, it is important to adopt regulation now. A ban on heavy fuel oil in the Antarctic is already in place. The International Maritime Organization (IMO) is the global standard-setting authority for the safety, security and environmental performance of international shipping.


The Arctic: first in line for new cleantech solutions

Bellona further endorsed this message in a recent seminar co-hosted by the European Climate Foundation (ECF) and Norwegian cruise liner Hurtigruten during the Arctic Frontiers Conference in Tromsø in January. This seminar marked the launch of our joint campaign "The Arctic Commitment", urging maritime operators to obtain from the use of heavy fuels in Arctic waters. Hurtigruten is a member of the Association of Arctic Expedition Cruise Operators (AECO), which encompasses 60 companies that has already pledged not to use heavy fuel oil in the Arctic.

In the Tromsø seminar, Bellona argued that the Arctic should be first in line for the adoption of new cleantech solutions within the maritime sector – not a last free zone for old, polluting practices. Best available technologies must be incentivized for vessels operating in the area. Right now, this includes bio-condensed natural gas, hybrid and electric technology.

By putting a moratorium on the cheapest and dirtiest fuel, shipping companies will be steered towards testing and applying lighter fuels and new technologies.

Bellona calls on Norwegian authorities under Minister of Foreign Affairs Mr. Børge Brende to commit to the need for cleaner fuels and green maritime innovations in Arctic waters. Echoing the need for a ban on heavy fuel oil is necessary to ensure that this becomes a mandatory regulation under the IMO’s Polar Code.
Norway is a leading Arctic nation, with both interests and responsibility in the area. "The Arctic Commitment" campaign shows that the industry is ready to compel.

Now it’s time for policy makers to put binding rules in place, to ensure the protection of Arctic nature and wildlife. Failing to do so can prove a costly option.