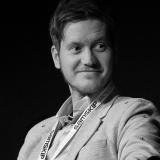 Over the last week, The Arctic Institute has received a plethora of media requests from all over the world. Regardless of their origin, they were all interested in one topic: the content behind a single tweet sent by the current U.S. President (and the story preceding that tweet). This spur-of-the-moment tweet triggered an equally ill-conceived reaction by the media asking questions such as: What are Trump’s strategic interests concerning Greenland? Why is he suddenly cancelling his trip to Denmark? China? Russia? Oil? Gas? Rare earth minerals? Climate change?

As the result of President Trump’s off-the-cuff tweet, international media outlets suddenly discovered Greenland. From Australia to the Arctic, the world began debating if President Trump wants, can, or should buy Greenland. While many are shaking their heads in shock, disbelief, or pure laughter, others are celebrating Trump as a politician with a strategic view—a politician who is finally doing something.

While it could be tempting to dismiss this as yet another media-grab by President Trump, it is worth spending some time dissecting this question. The interesting question is not about whether Trump can buy Greenland or what his statement means for (U.S) Arctic politics. It is not even about the author of the tweet or how this reflects his worldview.

Instead, it should be about us, the social media consumers. More importantly, it should be about the role of media as a transmitter and amplifier of this tweet.1)Our problem is not the U.S. President and his enthusiasm for Twitter or lucrative deals. Rather, our problem is the artificial hype Trump’s tweets cause and the way we react to them. The entertainment we feel and experience by the absurdity of the statement itself. The way we define what is politically correct and what not.

For over two years now, the general public has not been able to coherently navigate Trump’s strategy of perpetual escalation and distraction. Do we know what he tweeted yesterday or a week ago? What about a month ago? Obviously, this is not an issue only concerning President Trump. It is a broader problem of how we as a society ingest and digest news.

At a time digital upheaval is causing old channels of production, distribution, and consumption to collapse, we are not capable of distinguishing between what is important and what is not.

Perhaps this is an issue of oversaturation. We are simply not able to properly comprehend the digital age in which we find ourselves—the abundance of supposedly “breaking news” we see on our timelines or get via push notifications at every hour of the day. Or perhaps we are simply not interested in understanding and taking the time to identify what is important and meaningful. Maybe we are only interested in jumping on the bandwagon of assigning blame, of being petulant, of applauding or laughing about the tweet of a particularly polarising U.S. President.

Which brings me back to Greenland and the Arctic. As professionals interested in the Circumpolar North, we are constantly confronted with “breaking news” about a region in flux. Yes, climate change is happening. Yes, humans undoubtedly have an impact. Yes, the Arctic is climate change’s canary in a coal mine with warming occurring at more than twice the rate of the global average. The ice is melting, and it is happening fast. The permafrost is thawing, and it is thawing fast.

As professionals following these developments on a daily basis, we each make choices about where we get our information, how we process it, and ultimately what we do with it. We are confronted on an almost daily basis with both hyperbole and ignorance. The Arctic is either the victim of romanticised excitement concerning its past, present, and future or is described by those who do not understand contemporary Arctic politics—sometimes both.

While public attention was directed at an “Arctic scramble” for resources a decade ago, it has since shifted to China’s Arctic interests, Russia’s militarization efforts, or whatever the latest figure is on the “immense” number of ships traversing the Northern Sea Route (NSR).

More recently, also the United States stumbled into Arctic news highlights. The Trump Administration’s disruptive politics have reached the Arctic and—horror of horrors—it did not spare that which regional experts hold most sacrosanct: the Arctic Council. Remember the public outcry when Secretary of State Mike Pompeo used the Arctic Council’s Ministerial Meeting in Rovaniemi in May 2019 to openly express concerns regarding China’s Arctic activities and Russia’s encroachments over the freedom of navigation along the NSR.

This Arctic story progressed exactly as the one we are currently experiencing. The requests from media were plentiful and we were happy to provide proper information to the best of our knowledge.

However, let us put aside all the manifold changes the Arctic is currently experiencing for a moment. Let us even put aside, ignorantly and deliberately, the plentiful (and insightful) questions we received about the potential story behind Trump’s tweet. Rather, let us consider the tweet/story itself and its impact. What are we – Trump’s audience—really interested in? Is it the future of Greenland and its inhabitants? Is it about the United States’ strategic Arctic interests?

Is it the region’s transformation we are interested in or is it rather the massive spectacle around the tweet? Is it the broader context or the quick trip of a social media junkie and political animal, trapped in a bubble we call Twitter? Do we truly care about the Arctic? What does the exhausted majority think? Does Trump even care about Greenland? Or is this all just a big stunt—distraction at its finest? Can you remember Trump’s tweet before the Greenland one? Why all the public fuss about a spectacular yet nevertheless unrealistic tweet? Should we for once and finally start to ignore irrelevant tweets or should we, as an Arctic-interested audience, be happy that someone puts the region on the global agenda?

Finally, it is worth ruminating on the unintentional hilarity of Trump’s Greenland tweet. A politician known for publicly denying global climate change is, in turn, tweeting about the region most affected by climate change. For one short moment, Trump unintentionally put the poster child of climate change at the heart of global public interest. And yet, as Greenland retreats back to obscurity, here we sit waiting for the next tweet.

1)To be fair, The Arctic Institute also re-tweeted stories about Trump and Greenland.