Norwegian energy giant, Equinor, is pushing for the world’s northernmost offshore oil and gas exploration project in the Barents Sea - a plan that spells bad news for our global climate and Arctic marine ecosystems, Elena F. Tracy and Guro Lystad with the World Wildlife Fund argues in this op-ed. 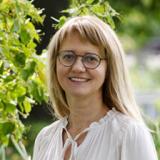 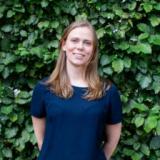 Some may view oil and gas exploration in the Arctic’s harsh environment as a commendable achievement, one that relies on technological ingenuity. But the environmental case against fossil fuel drilling in general, and the Wisting project in particular, is crystal clear.

Allowing the development of new oil and gas field, such as Wisting, is incompatible with the Paris Agreement’s commitment to limit temperature increases to 1.5 degrees Celsius. Moreover, offshore drilling poses risks for Arctic marine ecosystems which are already struggling to deal with temperature increases at two or three times the global rate.

The exploration and development of fossil fuel and mineral resources create additional negative impacts from oil spills and leakages as well as from underwater noise pollution caused by seismic surveys and shipping these resources south.

The Wisting field is located in the northern Barents Sea in a remote biodiverse area 50 km below the marginal ice zone. These pristine marine ecosystems are home to marine mammals such as humpback and bowhead whales, beluga, polar bear, and many others. By the size of its reserves, the Wisting project could produce approximately 500 million barrels of oil.

This would create 200 million tonnes of CO2 when burnt and would be more detrimental to our climate than the Cambo oil field development, a controversial project off of the Shetland Islands (UK) that was voluntarily paused by Shell last year in the face of grassroot protests.

In fact, such cases of companies voluntarily withdrawing from new oil and gas projects are becoming an increasing trend. In the US, major oil companies previously eager to drill in the Arctic have abandoned their plans in Alaska’s Arctic National Wildlife Refuge.

Five major US banks have recently joined a growing list of companies that have stopped financing oil and gas exploration and development in the Arctic.

Other Arctic states are also moving away from supporting these projects. In Canada, the Trudeau government adopted a moratorium in 2016 to suspend all new oil and gas licences in the Arctic. Russia has also witnessed a decrease in Arctic oil and gas exploration - but for a different reason.

Because of Western sanctions imposed after the start of the war in Ukraine, Russia lost access to Western technologies and finance, important drivers behind its offshore oil and gas endeavours.

So what then is driving these developments?

Overall, according to recent research, global oil and gas exploration has been shrinking over the last two years, reaching a 20 year low.

Energy companies seek to limit risks in the regions where exploration and development costs are high, whereas governments have become increasingly weary of these projects with the prospect of being held accountable to deliver on their carbon net zero policy commitments.

All this makes Norway’s approval of new fossil fuel blocks for exploration in the Barents Sea even more puzzling, especially in light of the country’s international image as a “green leader.”

So what then is driving these developments?

Norwegian politicians and citizens have generally share the view that reducing greenhouse gas emissions should mostly happen a result of a decreased global demand for fossil fuels rather than at the supply side.

Although the demand for renewable energy in Norway is high domestically, the abundance of oil and gas resources in Norway’s continental shelf has been an important source of national wealth, as 90 percent of Norway’s petroleum production is exported.

Giving up this source by phasing out offshore fossil fuel production—a step consistent with the world’s transitioning to a net zero economy - is a hard sell. Norwegian politicians from different parties all seem to share the position that relying on oil and gas is necessary to support the technological investments needed for a green transition to occur.

Another reason why fossil fuel exploration is advancing in Norway’s Arctic is the Norwegian tax regime. While the petroleum industry is taxed heavily, it also gets very generous deductions in the early phase of hydrocarbon exploration and development.

In fact, companies involved in exploration activities on the Norwegian shelf are guaranteed a 72 percent payback of their capital expenses, even without any taxable income.

An additional incentive to develop more oil and gas fields in the Arctic may be also created by the proposed long-term energy collaboration between Norway and the EU prompted by the Europe’s energy security crisis. In the last months, Norway has become one of the most important energy suppliers to Europe.

Currently, Norway and the EU are in the processes of negotiating long term gas contracts that may be announced as part of the green industry agreement at the COP-27 meeting in Egypt. These commitments may lead to long-term price signals that will enable more investment opportunities in oil and gas reserves in Norway’s Arctic waters.

To avoid this, a new agreement between the EU and Norway should send a clear message that oil and gas extracted in the Arctic will not be part of it. To this end, the EU can refer to its own commitment made in 2021, “not to allow any further hydrocarbon development in the Arctic,” articulated in the EU Arctic Strategy.

A new Norway-EU energy cooperation deal should be based on the vision of building renewable energy, creating transitional opportunities for workers in the fossil fuel sector, and protecting the Arctic’s areas from further oil and gas activity.

Norway Against the Flow with Oil Drilling in the Arctic

In Germany, You are Arrested. In Norway, You are Rewarded. “Here’s the deal!”