Skip to main content
The Arctic must be able to define itself as an idea by itself, although it has historically been thought, defined, and governed, especially over the last century, by parallel influences of power from the South. 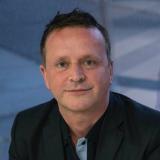 From Daniel Chartier
The Arctic must be able to define itself as an idea by itself, although it has historically been thought, defined, and governed, especially over the last century, by parallel influences of power from the South.

Over the centuries, artists and writers of the Western world have imagined and represented the cold world. These fall into differentiated imaginaries – the "North," Scandinavia, Greenland, the Arctic, the poles, even the winter – that are presented by a simplification of forms and colours, on the presence of ice, snow, and the complete range of cold, on moral and ethical values – solidarity –, but also, on its connection with a "beyond" where the Arctic begins, at the end of the European ecumene and the beginning of a "natural," unknown, empty, uninhabited, and remote world: the Far North.

The entirety of these representations forms a system of signs, what I call here out of convenience "the imagined North."

Like all represented space, "the imagined North" is the product of a dual gaze, from the outside and from the inside; we can distinguish between the "representations" of the North and the works of "Nordic cultures."
The first, fruits of principally the German, French, English, and then US-American imaginary, seldom distinguish the different cultural spaces of the territory and focus their attention up towards the Arctic and the poles, with little consideration for the cultures (Inuit, Sami, Cree, Innu, Scandinavian, etc.) that originate in these territories.

The latter sometimes have an extension beyond themselves – this is notably the case of Scandinavian cultures, whose reception in Europe benefits from a clearly ameliorative prejudice. This does not, however, apply to Indigenous cultures, which have long been marginalized, at times with the rhetorical objective of reinforcing the image of an uninhabited and uninhabitable Arctic, often by persistent political and ethnic prejudices.

Lastly, it is important to remember two phenomena that had an effect on the perception of the North and the Arctic. On the one hand, the general context of indigenous colonialism, which reinforced the silencing of cultural and human aspects of cold territories, and on the other hand, the general tendency of the governance of the "North," dominated by the capitals or the powers of the South, who administrate according to their knowledge (seldom based on experience) and the circumstances of their own needs, with the gaps that can create.

In the 21st century, the Arctic is witnessing an unprecedented unveiling of cultural diversity and vitality, linking artists, cultures and societies that have never been previously in contact in human history. When developing, a decade ago, this notion of "imagined North," I suggested the hypothesis that there exists, beyond the diverse and divergent cultures and perceptions about the North and from the North, a common esthetic foundation that could then be segmented according to the characteristics that compose an ensemble of original and unique signs from a cultural point of view. This system of signs has the dual feature of having been seldom elaborated by those who live there and having been thought of in large part by others who have never been there.

This poses considerable challenges for true knowledge of the cold world, for recognition of the discourses, needs and aspirations of those who live there and for, from a cultural and intellectual point of view, thinking of the North, the Arctic and the cold world by itself.

Several basic principles and several intellectual positions on the definition of the Arctic should be kept in mind, among them: the variety of the terms that it covers; the necessity of a circumpolar perspective; interdisciplinarity; taking into account Indigenous and non-indigenous points of view; "natural" and urban aspects; multilingualism; multiculturalism; and finally, the need to propose a new vocabulary to "recomplexify" the Arctic.

The Arctic must be able to define itself as an idea by itself, although it has historically been thought, defined, and governed, especially over the last century, by parallel influences of power from the South.
Iqaluit was long determined by Ottawa, Fairbanks by Washington, Nuuk by Copenhagen, and Yakutsk by Moscow. From the point of view of material exploitation, the railroads transport the minerals from the North that the South needs for its development, the electric lines bring electricity to the large cities, the roads allow wood to reach its "markets" of the South.

The North is thought of by the "southist" culture and it responds to its material needs. A "circumpolar" vision would impose, on the contrary, considering the North en soi, in an ontological and definitive manner, to take into account the links that unite the different parts that compose it, as well as the distinctions between their cultures, their positions, and their historicities. These prerequisites impose precautions without which the circumpolar region finds itself once again "simplified" and robbed of its capacity to think for itself.

In any understanding of the North and the Arctic, the variety of cultural and human aspects must be considered, even though these have been marginalized by Western tradition that projects on the cold world its "Arctic dreams" – to borrow Barry Lopez’s expression[1] – by a rich imaginary, a fascinating system of signs, constructed over centuries of discourse, but from which the considerations of those who live there have been precisely excluded, as well as a part of the geographic reality of the region. We must propose and defend the idea of "recomplexifying" the North, the winter, and the Arctic, to re-establish an "ecology of the real" that takes into account the richness and the variety of the circumpolar world.

We have long known that cultural and academic relations often precede diplomacy and political relations between states. Artists and academics meet and carry out projects together, decades before cultural policies come to support them. Artists and academics are the precursors of cultural relations. Today, throughout the circumpolar space, new ties are established between cultures until now without contact. These are historically new events. This is happening now thanks to transport, internet links, thanks to translation and the will to create a polydimensional circumpolar space.

This Summit allows us to share experiences, discover common problems and measure differences. It opens the way to pooling knowledge and resources to find solutions to the emergencies that characterize the Arctic (distance, weakening of traditional practices, need for contemporary art, violence, suicide, isolation). This summit not only brings together the Arctic countries, but also representatives of many indigenous and non-indigenous people of the North. Being myself a Québécois, I fully understand and share the need to defend the fact that the most dynamic cultures of the Arctic are often small nations, small communities, aware of the importance of cultural and linguistic diversity.

We live, think and create in the North. We are part of a powerful, and historically strong cultural space, profoundly anchored in the world that surrounds us. Between the individual and the universal, artists and writers of the North mount the guard of the Arctic. This pioneer summit is its most evocative illustration.

The Arctic Arts Summit (AAS) is the world’s first Arctic cultural summit, and it is organized by Festspillene i Nord-Norge and the Norwegian Ministry of Culture. AAS gathers more than 80 culture institutions and organisations from eight countries, and will be a catalyst for new knowledge and new perspectives.

AAS aims to strengthen and promote art and culture as a spearhead in Arctic cooperation and to build lasting networks for development and collaboration in the art and culture industry and community in the Arctic.

The conference is part of the Culture Sector Program during the Norwegian chairmanship of the Nordic Council of Ministers. It takes place in Harstad on Wednesday 21st and Thursday 22nd of June. AAS is intended to be a bi-annual event rotating between the Arctic countries.

Daniel Chartier, Professor at Universite du Québec á Montreal, lead researcher of the ‘Images of the North, Winter and the Arctic’ program. He is also keynote speaker at the Arctic Arts Summit’s Policy Day.