"At a time of geo-political storms, a landmark deal on fisheries in the Arctic high seas proves the system may be under strain, but it is still fit for purpose," Karmenu Vella, European Commissioner for Environment, Maritime Affairs and Fisheries, writes in this opinion editorial. 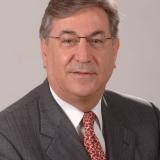 At a time of geo-political storms, a landmark deal on fisheries in the Arctic high seas proves the system may be under strain, but it is still fit for purpose.

Last week’s UN General Assembly exposed again the difficult situation in which multilateral diplomacy, the foundation of international relations after the Second World War, finds itself. The idea of moving forward together, however slowly, on topics of global concern, is clearly under pressure.

However, despite everything, progress is still being made. None more than on a subject of vital interest to us all: the Arctic.

On 3 October, the European Union signed a major international agreement on fisheries controls at the North Pole. Other signatories are the USA, Russia, China, South Korea, Japan, Canada, Iceland, Norway and the Kingdom of Denmark. Together, these countries account for almost 75 percent of the world economy.

The agreement is a first of its kind in the governance of our ocean. For the first time, the international community is taking a precautionary approach to managing ocean resources in the Arctic. Rather than rescuing fish stocks from collapse after years of overfishing and unregulated exploitation, we are setting up a management system even before the Arctic high seas are accessible for our fishers.

Practically speaking, all parties have agreed to ban commercial fisheries in the high seas portion of the Central Arctic Ocean at least until scientists tell us that it can be done sustainably and until we agree on mechanisms to ensure the sustainability of fish stocks. That may include the creation of a new regional fisheries management organisation for the Arctic. A new international organisation grouping world powers. A welcome change in the current environment of international relations.

Even though no fishing takes place at the Arctic high seas yet, the agreement is timely. The Arctic region is warming at almost three times the global average rate. Ice-free summers in the Arctic may occur as soon as in the next 20 to 40 years. Already, thawing sea ice and rapid advances in offshore technology have increased human activity in the region, such as shipping, mining and hydrocarbon extraction.

With climate change, the size and distribution of fish stocks change, and the region will become tempting for commercial fisheries. The sustainable management of the Arctic high seas, which fall outside of national jurisdiction, therefore has become a global responsibility, and a priority for the European Union. Before it’s too late.

Adapting ourselves to the new situation, however, cannot be seen in isolation from our efforts to limit and avoid dangerous global warming. The Intergovernmental Panel on Climate Change (IPCC) warns us that we – the world, collectively – are nowhere near meeting our commitment to keep global warming below 1.5°C. Forest fires in the Arctic, severe drought on the European continent, destructive tropical storms across the Atlantic – this summer has given us an inkling of what we may be heading towards. The fact that countries representing three quarters of the global GDP can agree to protect something that’s not yet there, should strengthen us to counter also the most immediate threat of all.

We would do well to remember that this agreement shows that we can still have warm international relations but still fight to keep Arctic fishing on, and under, ice.