Skip to main content
The Arctic: Territory of Dialogue International Forum is a platform for the discussion of vital issues that not only concern the Arctic states. For the international economy as a whole, marine transportation via the Northeast Passage is extremely important. 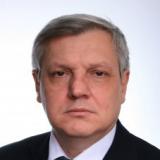 The ‘Arctic: Territory of Dialogue’ International Forum is a platform for the discussion of vital issues that not only concern the Arctic states. For the international economy as a whole, marine transportation via the Northeast Passage is extremely important. As such, the transport infrastructure of the Russian Arctic is of interest to economists everywhere. Yuri Sychev, Executive Secretary of Scientific Advisory Board of the State Commission for Arctic Development and Director of the Nikolai Zubov State Oceanographic Institute, spoke on what has already been achieved and what remains to be done in this area.

2016 was the warmest year on record. Furthermore, Arctic sea ice cover was exceptionally low. Bearing in mind that this warming and reduction of sea ice cover has been continuing in the Arctic for the past 20 years, we can expect a considerable increase in the near future in the use of the Northern Sea Route, particularly as a link between Europe (especially Northern Europe), and Southeast Asia.

When Russia’s seas were iced over most of the time, this route was not economically viable. The melting of the ice has changed all this, and all the main transport companies are keeping a close eye on the process, so as to be able to take advantage of the opportunity and create an alternative of sorts to the Suez Canal. Of course, being fully competitive with the Suez Canal would not be possible, but tens of millions of tonnes could still be handled, thereby making transportation cheaper.

The transport system under development is expected to include at least one hub, in Petropavlovsk-Kamchatsky. The route from Southeast Asia to Northern Europe will look roughly as follows: cargoes will be taken by conventional vessels to Petropavlovsk-Kamchatsky, where they, in particular containers, will be consolidated. Next, the goods will be loaded on to an ice-class vessel (such vessels are significantly more expensive to operate, and it makes no sense to charter them outside the Arctic), and taken relatively quickly through the Arctic to their destination.

The traffic will consist mainly of goods, primarily containers, as well as liquefied gas and, probably, petroleum products. Bulk freight will make up a much smaller proportion. The route is also important for the transportation of fish and everything else for which the transit time is critical.

I am sure that the participants in the "Arctic: Territory of Dialogue" International Form will find something to say about the importance of transit traffic in the Russian Arctic. Shipbuilders are also expected to participate in the discussion: in Europe, polar-class vessels are built mainly in Finland, while in Southeast Asia they are built mainly in South Korea, Singapore and China. These are vessels in reinforced ice classes Arc 5 to Arc 7.

The second component of the traffic in the Arctic is Russian domestic traffic, which involves transportation by sea, air, and rail. Regarding the rail aspect, a number of major new lines – the Northern Latitudinal Railway, the Belkomur line, and others – are expected to open in the near future. The Belkomur line, for example, will be used to deliver 150 million tonnes a year of potassium fertilizers from the Perm region to international markets.

When discussing Russian domestic transportation, we need to mention general aviation. Today, general aviation is absolutely vital for serving remote settlements, but this is a complex issue, and at present it is not entirely clear how it will be resolved in the future.

Transport infrastructure development in the Arctic will be helped by the transportation of raw materials produced in the Arctic itself. The melting of the sea ice cover is opening up new opportunities – minerals can already be extracted on the Arctic shelf. This requires serious preparation and considerable investment. It requires vessels with a completely new level of technology, and the construction of a new port that will be able to support such marine activities and provide ice protection.

The Yamal LNG plant, soon to enter operation, will provide an additional 16 million tonnes of cargo traffic for the Northern Sea Route. Another 8 million tonnes will come from the Novoportovskoye field, with further traffic coming from a field near Pechory, the Yamal LNG-2 plant, and so on. A large quantity of fossil fuels will be transported via the Northern Sea Route. This will create the necessary volume of traffic.

Our domestic traffic will also grow, to the benefit of both the local regions and the economic development of the country as a whole, including our defence interests.

All this is laying the foundations for the development of the Russian Arctic, a strategic objective that we will have to address in the coming years.

At the conference, where both President Vladimir Putin and Norwegian Foreign Minister Børge Brende will participate, various themes for cooperation in the Arctic are discussed.

High North News will report from the conference.