Skip to main content
Former Estonian Minister of Foreign Affairs and current MEP Urmas Paet argues that a railway tunnel between Helsinki and Tallinn should be a natural part of linking Europe to Asia through the Northern Sea Route and development of new global trading routes. 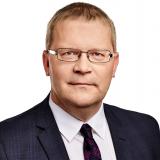 The idea of the Tallinn-Helsinki railway tunnel has so far received cautious attention and estimates have been made on the construction completion time. The main arguments supporting the construction of the 102-kilometre tunnel are the further development of the Tallinn-Helsinki twin city and the smoother movement of people and goods between Estonia and Finland but also more widely thanks to Rail Baltic. Although the above mentioned arguments are all true, we must not forget the bigger picture; that in addition to a local and regional relevance, the Tallinn-Helsinki tunnel could potentially also become an important link for global connections.

Namely, due to climate change and melting of the Arctic ice, there is now a navigable waterway from the Pacific Ocean to Europe through the Arctic Ocean. Just a while ago this was not possible due to ice. Now there is a new shipping and trade route opening from Asia to North Europe and vice versa which is up to 40% shorter than the conventional southern shipping route. Another advantage of the new route is the absence of pirates.

In Europe, the best location for this shipping route’s port is the Kirkenes region in Northern Norway where these plans are already being analysed. In order for the goods to reach Central and Western Europe, they would move from Kirkenes port by rail through the planned railway from Northern Norway to Helsinki, from there through the Tallinn-Helsinki tunnel followed by Rail Baltic.

Therefore, Estonia, Finland and the Tallinn-Helsinki tunnel together with Rail Baltic has a potentially important role in the new global connection between Europe and Asia. Norwegian experts have calculated that the distance between Shanghai and Hamburg is 12,277 nautical miles, a voyage time of 39 days. The distance between Kirkenes and Shanghai through the Arctic Ocean is 6,517 nautical miles with a voyage time of about 21 days. It would take about two additional days to travel from Kirkenes to Hamburg by rail. Thus, the route is an obvious time saver and the movement of goods from China, Korea, Japan and other neighbouring countries to Europe would be cheaper. Moreover, the new route would also mean faster access to Estonia, Latvia, Lithuania, Poland and Belarus.

The calculations above are not only theoretical. In August 2017, the tanker Christophe de Margerie sailed from Northern Norway to South Korea in 19 days. This means the voyage was one-third faster lasting six and a half days less than it would have been if the tanker had taken the conventional southern shipping route through the Suez Canal.

With these new developments in mind, Russia has already started strongly investing in its north coast infrastructure and military presence. The first analyses of the Norwegians show their ambitions of getting 10% of the current container trade between the China, Taiwan, Korea and Europe. So we can say that a Polar Silk Road is being developed. The Norwegians are calculating with the shipment of 37 000 containers a month from Asia to Europe and as many from Europe to Asia.

As a result, the Tallinn-Helsinki tunnel has a potential global dimension in addition to a local one. This should increase confidence for Estonia and Finland to move on with the tunnel project. The results of its feasibility study were recently published and together with Estonian and Finnish experts, we also introduced them at the European Parliament in Brussels.

As the next step, Estonia and Finland should establish a steering group and carry out additional environmental and geological studies. It would be important to involve the European Commission in the earliest stage possible, as this would be of great support in the future.

The global developments resulting from the new trade routes support us to carry out our projects - the Tallinn-Helsinki tunnel and Rail Baltic. This also improves profitability of our ventures and increases the probability they will become a reality. The ability to travel from Tallinn to Helsinki and from Helsinki to Tallinn in only half an hour would not only be a new convenience but would also make the Tallinn-Helsinki twin city a reality.