Skip to main content
- Russia is perceived differently in the north than in Oslo, where the image of Russia is more tightly linked to the regime and Putin, NUPI researcher Minda Holm argues. 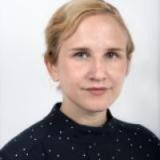 On Sunday 18 March, Russians head to the polls. Several events in Oslo discuss Putin’s victory. It is usually a bad testament to a regime’s democratic character if such events can be planned in advance.

Yet, Putin is unquestionably popular. Although the opposition is limited in its room for maneuver, Russia is not a totalitarian regime, as some have argued. The election is nevertheless neither free nor fair.

This poses a challenging question: On what basis do we evaluate Russia?

In the 1990s, there was an expectation that Russia would become like “us”. Thus, we apply a different standard to Russia than for example China. Russia is close and similar enough to be compared to our own political praxis, yet also different enough to be kept outside the idea of what constitutes ‘Europe’. We criticize China, but far more cautiously.

When Putin first came to power in the autumn of 1999, he gave a speech in which he argued that while Russia was European, it shouln’t be measured by the same standards as liberal democracies. Since then, the regime has increasingly emphasized its distinctly conservative character, in particular from Putin’s third presidential period in 2012 and onwards. In parallel, the regime has intensified its criticism of Western international politics. It is today easy to forget that Russian authorities were once open to join both the EU and NATO.

For many of us working on Russian foreign and security policy, it has been a point to nuance some of the criticism levied against our eastern neighbor with reference to what the world looks like from the Kremlin. The annexation of the Crimea in 2014 was, for instance, a clear violation of international law, but hardly a sign of a new, nationalist and/or expansionist imperialism. The Crimea holds a very special role in Russian identity and cannot be compared to for example the Baltic states, as some have done in various threat assessments.

The Russian threat has, at times, been presented as disproportionally large. This unfortunately also catalyzes negative reactions from the Russian side, not unlike the ones that come when people feel that they are being unfairly treated.

Breakups rarely happen overnight or out of the blue. Western authorities have generally been dismissive of constructive input from Russia, as in relation to the war in Libya. Their criticism of Western military interventions is shared by many academics, but when the criticism is coming from Russia, it is interpreted as polemics.

The report concludes that both Russian and American air strikes are the cause of mass civilian deaths. A Russian attack in November 2017 killed at least 84 people, an American attack in March 2017 at least 150 people. Both countries should be criticized heavily. Nevertheless, the criticism against Russia is far more visible in the media, which they can unfortunately use to undermine it.

From a Russian point of view, the authorities are tired of being evaluated according to standards to which their critics do not adhere. Russia correctly points to the double standards applied to Western versus Russian behavior, such as in the US cooperation with Saudi Arabia. If we are to criticize someone morally in international politics, we should do so on principles that are clear and apply to everyone on an equal basis. As a result of the inconsistency in who and what many governments choose to criticize, Russian authorities can more easily and reject otherwise legitimate criticism.

Criticizing Russia for interfering in US elections while tacitly looking the other way when the US meddles in other countries’ elections and regimes raises tough questions. The US-based researcher Dov Levin has investigated election interference by the US and the Soviet Union/Russia during the period 1946-2000. Levin counts at least 81 interferences by the US, 36 by Russia. After 2000, the USA has interfered in elections such as in Kenya (2013), Lebanon (2009) and Afghanistan (2009).

He defines election interference as “a costly act which is designed to determine the election results [in favor of] one of the two sides”.

Is the action itself good as long as the intent is ‘good’, and is the intent good as long as we consider the actor to be good? Some seem to argue that American interferences are legitimate due to the liberal foundation on which they are based, despite the occasionally very negative outcomes, such as in Iraq and Libya. The attempt to remove president Karzai from power in Afghanistan in 2009 was, on the other hand, primarily about US self-interests, not a larger moral good.

During the past few years, Norwegian media have also jumped to rash and unfounded conclusions about Russian behavior.

The debate about Storskog in the autumn of 2015 is a clear example. As researchers Lars Rowe and Arild Moe have successfully argued, the accusation that Russian authorities controlled the flow of refugees - as a form of hybrid war - was unfounded. We should keep that debate in mind when we choose to judge Russia for a negative action which it may have had the motivation to do, but without any evidence to substantiate our claims.

As the enemy image has grown stronger, less documentation is apparently required to accuse Russia of transgressions. It does not mean that Russia, for example, is not behind the poisoning of the former spy Sergej Skripal and his daughter in England, but a potential motive cannot automatically be equated with guilt.

That said, the authorities aren’t making it any easier for those of us who want to nuance the image of Russian politics.

Russia is currently ranked 148th out of 180 countries on the Reporters without Borders’ annual index of press freedom. Critical journalists are risking their lives. If freedom of speech is a political and/or moral priority, we should be able to criticize. The same goes for the systematic stigmatization of gays, lesbians and other who do not fit into the hetero-normative family idealization.

The regime is moving in an increasingly conservative and authoritarian direction, on par with countries like Turkey.

There is, nevertheless, another important side of Russian foreign policy: the border cooperation. This year, we are celebrating 25 years of the Barents Cooperation. In 2017, the number of border resident cross-border journeys increased by 25.5 percent. Marit Jacobsen of the Barents Secretariat stated that this traffic “shows that people want to be in touch with their neighbors and are curious about each other”.

Our neighbor is perceived differently in the north than in Oslo, where the image of Russia is more tightly linked to the regime and Putin. That is also why the arrest of Frode Berg, a driving force behind the people-to-people cooperation, was all the more disappointing.

I have had the pleasure of spending parts of my childhood in Russia, and many journeys and stays in the years after. Russia has become a part of my identity, and the current enemy image is physically palpable. Criticism of the state’s policies leaks into xenophobia against ordinary Russians. Over the past few years, it has also become more difficult to nuance the representation of Russia in research contexts.

I can only imagine how difficult this enemy image might feel like for those of Russian origins in Norway.

This op-ed was first published in the Norwegian daily Dagsavisen on 13 March, 2017.