Skip to main content
One of the topics to be addressed at the conference The Arctic: Territory of Dialogue International Forum is the potential for oil production in the Arctic. 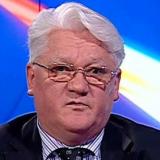 One of the topics to be addressed at the "Arctic: Territory of Dialogue" International Forum is the potential for oil production in the Arctic. A broad range of experts will discuss topics including the potential for developing fields on the Arctic shelf and the Arctic Ocean coast, estimating project costs and returns, and the need for innovative technological solutions taking account of the harsh Arctic conditions.
Rustam Tankayev, General Director of InfoTEK-Terminal and a leading expert with the Russian Union of Oil and Gas Producers, gave his assessment of the prospects for developing raw material resources in the region:

The role of the Arctic in human development has not been fully recognized. The region is one of the most promising areas on the planet for fossil fuel exploration. It has vast reserves of oil and gas.
As it stands, estimates of their extent are not entirely reliable, as although a fair amount of seismic surveying has been done, little exploration drilling has been carried out.

What we do know indicates that the fossil fuel reserves on Russia’s Arctic shelf add up to 20–40 billion tonnes of oil equivalent.

The Arctic shelf has an area of 4,106,100 sq. km, of which roughly half has the potential for oil and gas production. It is a vast territory, about which we do not yet know enough. However, all areas of the Russian Arctic shelf with potential for oil and gas extraction have already been licensed: licences have been issued for the development of 1,382,520 sq. km. The bulk of the licences, covering 1,096,792 sq. km, have been awarded to Rosneft.

Exploration in the Arctic is being conducted with floating platforms, with considerable success. In the next few years, Russia expects to produce its own platforms for oil exploration in the Arctic. To this end, two clusters have been established and are being developed – in Murmansk, and in Bolshoy Kamen Bay, near Vladivostok (Zvezda). However, this does not obviate the need for international collaboration in Arctic resource development.
Norway, Britain (with BP being particularly active), the US, France, Germany, Italy, plus China, Japan, and South Korea have shown enormous interest in Arctic projects.

Effective cooperation is already taking place on an international scale. Russia is actively adopting international practices. An example of this is the training of specialists from Bolshoy Kamen: the first cohort of specialists from the Zvezda shipyard have started on-the-job training in South Korea, where they are building the world’s best ships.

Far from working in isolation from the international community, Russia is cooperating with it. For example, Japanese companies are successfully participating in the development of the Sakhalin region, which is adjacent to the Arctic and has similar conditions. The Qatar Investment Fund recently purchased a large stake in Rosneft, and its plans include signification participation in work on Russia’s Arctic shelf alongside Russian oil producers.

Not only the Arctic shelf area, but also the Arctic coast (which has a huge number of promising oilfields and equally promising mineral deposits) are set to be developed.

The largest fossil fuel deposit on the Arctic coast is the Olenyok bitumen deposit. This giant bitumen field can still be clearly seen from space. The deposit has been partially broken up, and the upper layers have been weathered. The oil has evaporated, leaving bitumen, but underneath the bitumen layer, judging by survey data, there is light crude.
The Olenyok Field is similar in size to Samotlor Field in Khanty–Mansi Autonomous Area (the largest oilfield in Russia, and the sixth-largest in the world). It is a feature that requires research. Its location near the Northern Sea Route adds to its potential. In scale of investment and spirit, this is a huge project.

The biggest licence has been awarded to Lukoil to develop the East Taimyr oilfield, near the coast of the Laptev Sea. Some highly promising geological structures are located here, primarily the Zhuravliny block, where the company is about to start work.

This is a good place to mention the effectiveness of investments in the Arctic. The case of the Zhuravliny block shows that developing such fields is challenging and costly. Drilling is very expensive, particularly the initial boreholes. However, taking account of the potential of the Zhuravliny block, the resources to be extracted there, and the possibilities for using them directly at the site, the block needs to be developed.

Oil and gas can be transported from there via the classical method, but another option with rather more potential is bunkering. Of all petroleum-related activities, bunkering is the most profitable. Given the number of vessels that in the long term will transport 80 million tonnes of cargo via the Northern Sea Route, bunkering stations will be extremely profitable.

The environment also needs to be taken into account: companies intending to develop fields on the shelf must adhere to the strictest environmental standards. Although these make Arctic projects significantly more expensive, even if all the necessary measures to protect the fragile Arctic environment are implemented, the projects will still produce a high rate of return, and investments in them will be paid back quickly.

Development of the Arctic shelf and the Arctic Ocean coast is the kind of immense undertaking that no country can manage on its own: the challenges are too knowledge-, capital-, and labour-intensive. The only way to achieve success is through collaboration. For such projects to be as effective as possible, humanity has to be fully united.

At the conference, where both President Vladimir Putin and Norwegian Foreign Minister Børge Brende will participate, various themes for cooperation in the Arctic are discussed.

High North News will report from the conference.