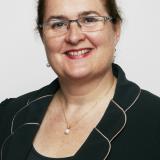 When the Arctic Protocol was introduced, Sturla Henriksen, CEO of the Norwegian Shipowners’ Association stated that it was ‘a codification of common sense’. That is a solid reference.

We would argue that the Arctic Protocol is also suited for further development in order to create a sustainable development in the High North. The AEC is particularly well placed to do this.

In the AEC, we are already developing guidelines for best practice, private-public cooperation, establishing of joint regulations and sharing of experiences between the various actors in the High North. Cooperation between indigenous people, who have traditional attachments to the Arctic land areas, and exchange of knowledge between the industry and academia, increases sustainability and trust with the northern population.

The Arctic Protocol adds further clout to this work method.

Doing business in the Arctic is not an easy task and often, significant investments are needed before a project yields revenues. Distances are long and nature is demanding. The dark season, ice conditions and low temperatures are but a few of the challenges. Not to mention the fact that the area is challenging for business because of weak of lacking infrastructure. According to estimates by Guggenheim Partners, the Arctic needs infrastructure investments of 1 trillion USD over the next 15 years!

Many are interested but in reality, a lot fewer are equipped to face today’s expectations to business activity in the Arctic.

The AEC and the Arctic Protocol initiatives contributes to separating the cliff from the wheat: If you are ready to join these investment principles, you are also welcome to the Arctic!

Statoil, the leading offshore operator in the Arctic, recently joined the AEC. Torill Inga Røe Utvik, Manager Arctic Unit at Statoil, says that the AEC “…carries the potential to become an important arena for establishing a joint understanding of the opportunities and challenges in the Arctic.”

The Arctic Protocol will only make the AEC more relevant.

The Arctic Protocol’s main principles for sustainable investment practice in the Arctic are:

This fits right into a series of national and international discussions about the balance between protection and use, about what it takes for e.g. sustainable harvesting of natural resources to succeed. Both Norwegian ocean strategies and the EU’s environment policy aims to find this balance.

For, like EU Environmental Commissioner Karmenu Vella stated at an AEC conference in June:

“…(the) economy cannot thrive if the health of the ecosystems and the well-being of people are at stake. On the contrary, the boost of the green and the blue economy have proved that economic development and environmental protection are two sides of the same coin. A greener economy is a win-win-win for business, local communities and the environment.”


Want to read the Arctic Protocol? Here it is.


(This op-ed was originally published in Norwegian. It has been translated by HNN's Elisabeth Bergquist.)