Skip to main content
Even though a country has ratified ILO Convention 169 regarding indigenous peoples’ rights in independent states, that is no guarantee for the businesses of that country being good at taking indigenous peoples’ rights and interests into account in their operations. So says Roald Nystø, Special Advisor at Árran Lule-Sami Center. 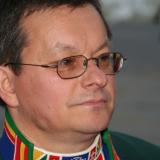 Even though a country has ratified ILO Convention 169 regarding indigenous people's rights in independent states, that is no guarantee for the businesses of that country being good at taking indigenous peoples’ rights and interests into account in their operations.

At the Arctic Frontier conference in Tromsø on January 26, 2017, Árran Lule-Sami Center published a ranking of oil, gas and mining companies in the Arctic according to how they safeguard indigenous people's rights and interests in their operations. The ranking has been conducted by research professor Indra Øverland at the Norwegian Institute of Foreign Affairs (NUPI) as a part of the project “Indigenous people and resource exploitation in the Arctic – Evaluation of ethical framework”, led by Árran and funded by the Norwegian Ministry of Foreign Affairs.

The ranking has evaluated 92 oil, gas and mining companies in the circumpolar north, geographically located in Alaska (USA), Canada, Denmark/Greenland, Finland, Norway, Sweden and Russia. The ranking covers the companies’ public obligations, formalized procedures and institutional arrangements for handling indigenous people's rights in the Arctic. The ranking has not surveyed the actual operational work of the companies in relation to such rights.

The goal of this ranking is to support norm creation and to contribute to improving the companies’ handling of indigenous people's rights. This is facilitated through highlighting which companies that have formulated public obligations in relation to indigenous rights and to what extent. Each company is evaluated according to a set of 20 criteria. The criteria include obligations in relation to international standards, whether the company has dedicated units to safeguard indigenous rights, competent employees, retrievable results from former engagements with indigenous peoples, transparency and procedures for consultations with indigenous peoples.

The total image shows that:

Among indigenous politicians, one often hears that indigenous people must give their free, prior and informed consent (FPIC) to an initiative before political decisions on resource exploitation can be made. We have investigated this further, along with an overview over what a social impact assessment (SIA) encompasses, how they are conducted and how they related to international instruments. FPIC represents a meaningful consultation process if indigenous people's communities can be involved in deciding how exploitation decisions are made. Under special circumstances, this may also include saying no to an industrial project. SIA is used to identify and manage social consequences of exploitation projects. The target is to strengthen the opportunities for positive effects while minimizing negative effects.

There is a need for increasing the mining industry’s competence on indigenous people, in Norway as well as elsewhere. In order for that to happen, available methods must be developed that the industry sees itself better served by on a broader scale. The Law on Minerals must be reviewed from the same perspective, in addition to the law having to comply with international standards.

Norway’s ratification of ILO Convention 169 on indigenous and tribal people in independent states in 1990 appears to have had a soporific effect on the country’s mining industry. That is something that needs to be evaluated in the three-party cooperation in which the convention was born; the government, the labor union (LO) and the confederation of Norwegian enterprise (NHO) as a natural part of working life, but in cooperation with the Sami parliament.

Nordland is a significant mineral county in Norway. Árran Lule-Sami Center, which leads the project about evaluation of ethical guidelines for the mining industry is located within a stone’s throw from The Quartz Corp., the mineral factory in Drag, and with the Norcem  HeidelbergCement factory on the opposite side of the Tysfjord. Perhaps NHO Nordland, LO in Nordland and Árran should meet to discuss which challenges the mining industry is facing in relation to Sami rights in the county.

The project closes on March 1, 2017, with final reporting.

This op-ed was initially published in FiskeribladetFiskaren on 27.01.2017.
(Translated for HNN by Elisabeth Bergquist)