Commentary: With a large share of Russian oil and gas industry concentrated in the Arctic, concerns arise over the preparation for the effects of climate change. Norilsk Nickel blames the oil spill on abnormally warm weather and thawing permafrost, which allegedly impacted the structural integrity. 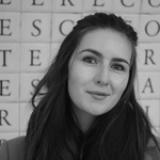 In more ‘normal’ times, powerful images of blood-red river water in Russia’s Siberia would have occupied headlines for at least a few days. In the times of struggle against systemic racism amidst a global pandemic, such news, however important, quickly got pushed to the back burner. The spill started on May 29, when an oil tank collapsed near the city of Norilsk, most likely due to the thawing permafrost in the area. Since then, some 21,000 tons of oil leaked into the nearby Ambarnaya River, polluting the area of about 180,000 m2.

Scientists have studied the effects of climate change in the Arctic for decades, warning of infrastructure collapse, coastline erosion, and methane escaping from the previously frozen ground. With a large share of Russian oil and gas industry concentrated in the Arctic today, concerns arise over the preparation for the further effects of climate change.

The oil spill originated from the power station facilities of Norilsk Nickel, company known for its vast mining operations in the Russian Arctic and for being the biggest producer of refined nickel and palladium in the world. The diesel oil storage tanker lost integrity and spilled on the nearby road, flowing into the river, polluting vast areas of ground on its way.

The cost of clean-up operations are estimated to be between 6 and 10 billion rubles, and the government expects environmental restoration in the region to take 10 years. As of  June 5,  emergency services reported the spill is ‘contained’, as resources are being mobilised to the area to assist in the further clean-up.

There are a number of legal implications following from the incident, some straightforward and others – less so. Criminal proceedings were launched regarding environmental damage and negligence due to the failure to report the incident in a timely manner.

Emergency services in the area reported that they were only informed of the spill on  May 31, after seeing worrying reports on social media. The local authorities argued that Norilsk Nickel was attempting to contain the situation using their own resources and failed to report the full scale of the incident – a claim which the company disputes.

It is evident, however, that the planning for an oil spill, essential for prevention and efficient response to incidents failed to serve its purpose in this case. Norilsk Nickel has a history of violations of operational safety in diesel storage facilities, but it places the blame for the current incident with abnormally warm weather and thawing permafrost, which allegedly impacted the structural integrity.

The oil spill response plan for the facility did not account for the possibility of escaped diesel reaching the waterways despite their proximity. It is not the first time that oil spill response plans are deemed inadequate in the Arctic context, as previously Prirazlomnaya platform’s plan was under fire from environmental organisations.

This is not a purely Russian problem.

Clean-up of the current oil spill is ongoing, but is hampered by the lack of road infrastructure in the area and difficulty in disposing of the oil recovered, something that should have been considered in the plan. While initial suggestions included burning, this method is associated with high levels of toxic air pollution, and it is still unclear how the collected oil will be utilised.

Clean-up of oil in cold environments is particularly challenging due to low biodegradation rates, evidenced by the long-lasting effects of the infamous Exxon Valdez oil spill in Alaska.

A further question arises about the inclusion of the increasingly damaging effects of permafrost thaw in the current planning framework. A week after the incident, Russia’s chief prosecutor ordered the inspection of all potentially dangerous objects at risk from permafrost thaw.

It is difficult to ascertain how feasible this exercise is and how long it would take considering that a large share of Russian oil and gas infrastructure is located in permafrost areas. This is not a purely Russian problem –  in Alaska and the Canadian Arctic, warming is already creating destruction and safety risks.

If there is a positive to be found in this event, it must be the long-overdue attention to the effects of climate change in the Arctic from Russia’s highest political circles. The damaging effects of permafrost thaw on Russian Arctic infrastructure were not unexpected.

The Government’s climate change adaptation plan, adopted at the end of 2019, specifically lists the risks. However, Russia’s engagement with climate change mitigation has been questionable, with the same adaptation plan listing the positive opportunities of warming, such as easier access to the Arctic waters due to melting ice.

Russia’s changing attitude to climate change was signalled by their ratification of the Paris Agreement in September 2019, but its climate pledges are still seen as ‘critically insufficient’ by the Climate Action Tracker.

This oil spill is a wake-up call not just to the industry actors operating in the Arctic, but also to the regional and federal governments in the Arctic States. Climate change adaptation experiences in the Arctic today are patchy at best, including the Canadian Arctic and the infamous Kivalina village in Alaska.

It may be easy to ignore climate change effects in far-away Pacific islands, but the Norilsk oil spill is clear evidence that more resources need to be directed to planning and preparing for the devastating effects of climate change in the Arctic.

This article was first published by the Arctic Institue.