The temperature in Svalbard has increased by four degrees Celsius since 1971, and is set to increase even more. At the same time, the risk of avalanches and landslides increases. 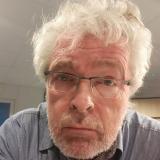 Since 1971, the average temperature on Svalbard has increased by three to four degrees Celsius, and the heat increase is at its highest in winter, according to recent figures from a Met Office report.

A temperature increase of four degrees equals the difference in annual temperature between Oslo and Tromsø. The average temperature in Norway’s capital Oslo is about seven degrees, whereas in Tromsø it is three degrees.

In addition, the report demonstrates that the permafrost is thawing at an increasing speed while precipitation increases and moves towards rain and wet snow.

Svalbard will see a higher risk of avalanches and landslides, more extreme weather and even higher average temperatures in the coming years. In a worst-case scenario, temperatures may increase by another 10 degrees.

The average annual temperature on Svalbard may increase by somewhere between four and ten degrees up until the period 2017-2100, according to a recent report about future climate development on the archipelago, a report prepared by the Met Office assigned by the Norwegian Environment Agency.

The report was presented at an event in Longyearbyen last Monday. It has three main scenarios for climate emissions (high emissions/business as usual, medium emissions/reduction from 2040, and low emissions/drastic cuts from 2020).

What is dramatic for Svalbard is that even with drastic emission cuts starting in 2020, the average temperature will nevertheless increase by some four degrees (Celsius).

The scenario starting at high emissions/business as usual may result in an annual temperature ten degrees higher than what it was in the 1971-2000 period.

"Tangible for a long time already"

Arild Olsen, Chairman of Longyearbyen Local Council, states that the report presented on Monday does not bring any news to the table as far as Svalbard inhabitants go.

"The report states what has been tangible for us for a long time already, and that the trend of milder and wetter climate will not decrease in the coming years, even though there may be variations reminding us of the good, old days".

However, Olsen argues that the report provides a solid foundation for continuing, strengthening or even changing the direction already chosen for Longyearbyen.

"We already have several initiatives well underway. Both the dimensioning of physical measures against avalanches and landslides, as well as measures against floods and erosion along the riverbed have come about as a result of climate change".

"In addition, we have started looking into the challenges related to surface water, something that was not common here before. We also focus on thawing permafrost, just to mention a few things", Arild Olsen says to High North News following a presentation of the report.

"I believe Longyearbyen in the coming years will be characterized by climate adaptions, and it will be more expensive to establish new buildings and infrastructure, for instance through changed foundation needs. Even though the report does not mention it, I also presume that changed climate will affect fauna and flora as well as our behavior pattern in nature as we know it. This is, of course, something that will mark us", says the Council leader.

The extensive climate report describes a development on Svalbard that will alter major parts of the islands as we know it today. Increasing temperatures means that more of its future precipitation will come in the form of rain, less in the form of snow.

The Svalbard skiing season is already (from 1958 to 2017) reduced by approximately 20 days, and future snow conditions will largely depend on development in climate emissions.

Regardless of emission scenario, it is certain beyond reasonable doubt that precipitation will increase. This, in combination with higher temperatures, more rain and wet snow, will increase the likelihood of wet snow avalanches and muddy landslides.

The Met Office also writes that increased precipitation, with an increased share of rain, will result in larger rain floods and combined floods stemming from thawing snow/glaciers and rain.

The report further states that there will be more frequent avalanches and landslides in the 2071-2100 period in comparison to the 1971-2000 period.

The recent report underlines that inadequate knowledge of the sensitivity of the climate system as well as future natural climate variations, as well as inadequate climate models, lead to significant insecurity in the calculation even in the frame of a given emission scenario.

Nevertheless, it is obvious that reduced climate gas emissions will le ad to reduced changes in the physical climate – the report leaves no doubt whatsoever about it.

The report titled “Climate in Svalbard 2100” predicts more extreme weather on Svalbard too.

Strong downpours in the form of intense rainfalls are not new to Spitsbergen. Both Ny Ålesund and at Svalbard airport have previously measured 98 and 43 millimeters precipitation, respectively, in a 24-hour period. That constitutes a quarter of its annual downfall.

The Met Office argues that this kind of downfall will occur more frequently in the coming years, and it may well be even more intense.

The temperature of the Svalbard permafrost has increased by 0.06 and 0.15 degrees C per annum since 2009, measured at 10 meters depth. In the middle of Spitsbergen (Janssonhaugen), tangible increases in temperature down to 80 meters depth are measured, a development described in the report as a result of global warming that has taken place over several decades.

What may be perceived as even more serious is the fact that what scientists refer to as “the active layer” above the permafrost, i.e. the layer that thaws and freezes every year as seasons pass, has grown increasingly deeper.

Scientists believe that the upper meters of the permafrost in coastal and low-lying areas will thaw before the end of this century for the emission alternative described as “business as usual”.

Thawing of the permafrost also contributes to increased risk of landslides at Svalbard, the report states. When the active layer becomes deeper and temperatures in the soil increase, it contributes to more active sloping processes and significantly more instability in the mountainsides. This will, in turn, increase the risk of landslides, according to “Climate in Svalbard 2100”.