The original drivers for the Norwegian High North policy initiative have more or less vanished; however, a recent study shows that "Norway’s key strategic area of interest" is maintaining itself. 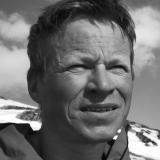 A recent study shows that "Norway’s key strategic area of interest" is maintaining itself.

A study published in the most recent issue of the Scandinavian academic journal ‘Internasjonal Politikk’ [International Politics], demonstrates that the original drivers for the Norwegian High North policy initiative have more or less vanished. When the High North was firmly placed on the agenda in 2005 and highlighted as Norway’s top priority policy area, it was in particular due to new and vast economic opportunities, indicating that the country needed a particular policy initiative in Norway’s northern neighborhood.

However, much has happened since then.

One by one, the opportunities have dwindled away. Business prospects in Russia have practically vanished. The Shtokman development is shelved. Transarctic shipping has flopped. Moreover, it turns out that the region will not become one of the world’s most important energy provinces after all. Meanwhile, all of Norway’s outstanding delimitation issues in the High North have been resolved.

Nevertheless, the High North initiative lives on, explicitly as the most important area of interest in Norwegian foreign policy. “Continued initiative in the North”, the Ministry of Foreign Affairs stated when the 2018 state budget proposal was presented last fall.

When the Stoltenberg II government assumed power in 2005, observers sensed an infinite potential for business in the High North. A government-appointed committee chaired by Olav Orheim in 2003 presented the ‘Mot nord!’ [Northwards!] report, which asserted that energy was ‘a major new driver in the High North’ and that there could be ‘a world trade revolution’ with new sea routes across the Arctic.

The Bondevik II government presented the first whitepaper on the High North shortly before it was replaced in 2005. This whitepaper describes ‘a global focus’ on what the government thought would become Europe’s most important energy province. At the same time, remaining border conflict issues constituted a significant foreign policy challenge, according to the High North whitepaper. Domestic policy was, at the time, not a part of the High North initiative.

When the Stoltenberg II government defined the High North as its key area of interest, that was also due to the fact that Russia was beginning to open up more fully. Norwegian companies were keen to enter, not only as partners on the Russian Shtokman field, but also on the rapidly growing Russian market. Foreign Minister Jonas Gahr Støre spoke about a ‘strategic energy partnership’ with Russia and about the Barents Sea becoming ‘an ocean of cooperation’.

Then it all started to fall apart.

Gas prices dropped sharply towards the end of 2008, much due to the shale revolution and the crisis in financial markets. Gas prices remained low, and consequently the Shtokman development was shelved. Oil prices have also dropped significantly since its 2014 level of around USD 110 per barrel. The United States, which in 2005 imported the equivalent of 65 percent of its raw oil consumption, is today nearly self-supplied with oil and gas. Exploration activities in the High North have disappointed the industry so far.

Norwegian companies withdraw from Russia, partly due to corruption and harassment. Following the Ukraine crisis and subsequent sanctions, Russia appears even less attractive for Norwegian investors. In addition, ship owners continue to send their ships through the Suez Canal when sailing between Asia and Europe, which provides low risk and the required predictability.

As a bonus, since then Norway’s maritime boundaries in the Fram Strait and the Barents Sea have been established following bilateral agreements with Denmark and Russia, respectively. The outer boundaries of the Norwegian shelf have also been expressly established through international legal processes, included in the Arctic Ocean.

The study published in Internasjonal Politikk suggests three different explanations as to why the High North policy initiative lives on, seemingly independent from the key factors that once sparked it.

First of all: The politics of symbols

‘The High North’ is a strong brand that stirs feelings and creates expectations, in particular in the northern regions of the country. The term, which does not refer to a specific geographic area, means different things to different groups. In his classic ‘The Symbolic Uses of Politics’ from 1964, Murray Edelman expresses that it is exactly this kind of term, or symbol, that can create the impression that difficult and complex challenges are managed by political decision-makers. They play on people’s feelings and are subsequently embraced by ‘the elites’ in order to engage and assure ‘the masses’ of their political ability to act.

There are solid, rational reasons for a major political initiative in Norway’s immediate neighborhood in the High North; however, these reasons are far different from those present in 2005. An ever-more assertive Russia has for instance conducted a massive military build-up in the Arctic and has also annexed parts of a neighboring country – the Ukraine – since then. Moreover, vulnerable ecosystems are increasingly affected by climate change. The drivers of today’s High North initiative are new. The content is new. The government has just kept the old wrapping.

Last, but not least: Institutionalism

The High North initiative has created a series of structures that are self-maintaining. Examples of such structures are e.g. the FRAM Centre for Climate and Environmental Research in Tromsø, the annual Arctic Frontiers conference in that same city, as well as our own High North Center for Business and Governance here in Bodø.

High North structures are also found in the governmental ministries, such as e.g. the High North desk at the Ministry of Foreign Affairs. Theorists argue that it lies in the very DNA of structures to secure their own existence, to defend a continued political and economic initiative through emphasizing the continual significance of the High North.

The sociologist Alberto Melucci, for instance, writes that ‘the maintaining of organizational structure, or positions, rules and procedures becomes a lead goal for those holding key positions in the organisation’. In this way, the High North and the High North initiative can start living a life of its own.

The three explanations are not mutually exclusive.

This op-ed originally appeared in Norwegian and has been translated by HNN.