Skip to main content
Tromsø: Seiling through northern waters has always been risky. Today, the Arctic states also take the risk on using old maps. Everyone understand how demanding and challenging that may be. 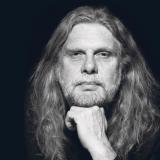 From Arne O. Holm (Translated by Elisabeth Bergquist)
Tromsø: Seiling through northern waters has always been risky. Today, the Arctic states also take the risk on using old maps. Everyone understand how demanding and challenging that may be.

The Norwegian Foreign Minister Børge Brende and his department has put a lot of effort into making Arctic Frontiers the most important meeting place in the circumpolar north. Arctic Frontiers is one out of several conferences that gather national and international strategists and business leaders to a discussion about the development in the north.

Following the launch of Iceland's conference, Arctic Circle, a few years ago, there was some fear that Norway's position in the Arctic should be weakened.

For the uninitiated, it may appear somewhat far-fetched that meeting places in and of themselves affect the positions in the Arctic. However, the simple explanation for this is that international participation in national conferences is a measure of which nations are in the lead in the Arctic policy-making.

Where the debates take place, and who participates in them, is important for Norway as a nation as well as for the development of the international cooperation organized through the Arctic Council, a cooperative organization for the eight Arctic states.

When this year's edition of Arctic Frontiers enters into history books as one of the least significant Arctic conferences during the past few years, neither the Ministry of Foreign Affairs nor Arctic Frontiers are to blame.

The organizers have paid attention to the criticism from those who argued that the political part of the conference was too heavily characterized by political monologues, and they have replaced long talks with panel conversations including multiple actors. That is a clever grip.

In addition, this year's program held good quality, with important and relevant themes both in the main program as well as on the side events.

When the organizers nevertheless failed, this was due to factors that were beyond their control.


Russia and the USA

It was due to the developments in Russia and the USA, two of the most powerful Arctic states. The USA will soon leave its chair position in the Arctic Council. More importantly, the country just elected Donald Trump as its president.

The only American participating in the political debates, Chair of the Arctic Council and Ambassador of the Arctic, David Balton, responded when asked about what Trump wants with the Arctic:

- I don't know. I don't think anyone really knows.

The Americans were mostly absent from the conference. The few who participated blended anonymously into the crowd without any apparent need for marking the future role of the USA in the Arctic.

The Russian participation was also rather modest, and perhaps even more so due to the sanctions regime. The official Russia was even completely absent in discussions focusing exactly on Russia's position in the Arctic.

Russia's Arctic Ambassador Vladimir Barbin did, nevertheless, participate in a panel debate with Nordic politicians, including Norwegian Prime Minister Erna Solberg. However, that was a rather traditional conversation emphasizing the climate and the necessity of cooperation.

Scientist at the Norwegian Institute of Foreign Affairs (NUPI), Elana Rowe, put it as simple as this to High North News a few days ago:

She may very well be right about that.

At the same time, another important country was back on the Arctic map. China brought a sizeable delegation. A definite answer, stating that the wounds have healed after the peace prize award in 2010.

Nobody knows when and how the USA will reappear on the Arctic arena.

No one knows, according to the country's own Arctic Ambassador, how such a return will look.

When the political discussions during the first two days of Arctic Frontiers failed, more or less that is not due to any faults on the organisers.

It was the Arctic reality hitting the ground.

Which is why updating the maps to reflect the terrain is urgently needed.