Skip to main content
NATO and America’s defense commitments to Europe rarely figure in US presidential elections, but that has changed with the Republican candidate for president, Donald Trump. Read more in this commentary from Magnus Nordenman, director of the Transatlantic Security Initiative with the Brent Scowcroft Center on International Security at the Atlantic Council. 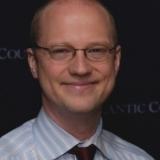 NATO and America's defense commitments to Europe rarely figure in US presidential elections, but that has changed with the Republican candidate for president, Donald Trump. His recent remarks that allies must first prove that they have paid their fair share before America will come to their defense brought alarm to not only NATO's vulnerable eastern members, but also to the many Americans that value US friends and allies.

But Trump's comments and the support he has generated among American voters should not be understood as that he is riding a wave of public sentiment supportive of the US abandoning NATO. A closer look at recent poll numbers suggest a more complicated reality. Recent surveys conducted by the Pew Research Center found that some 77% of those polled believe that NATO is a benefit for the United States. Only 16% said that US membership in NATO is a bad thing for the country. The same poll also brought to light that more Americans believe that relationships with Europe are more important than US ties to Asia.

While that should be reassuring statistics to those who fear a US withdrawal from Europe and NATO, Trump's comments have indeed brought the issue of defense burden sharing into the public debate. And it should not be forgotten that many Americans understandably think that their own country is in need of investments in public education, infrastructure, and health care, after many years of underspending and a crushing recession that still has some part of the United States reeling from underemployment and sluggish economic growth.

And regardless of who is the next president, this American focus on European defense spending, or lack thereof, will remain. Indeed, it is a long-standing American charge against European US friends and allies. Then-Secretary of Defense Robert Gates made it a centerpiece of his farewell speech in Brussels in 2011. But Trump has aired the grievance in public, and taken it from the meeting rooms of Washington and on to the public platforms of the US presidential election campaign.

Boiling down the transatlantic alliance to dollars and euros is of course not entirely fair. America's allies in Europe make real contributions to US and global security. For example, as a proportion of forces deployed, Estonia, Denmark, Canada, and the UK all sustained higher casualty rates than the United States during difficult missions in Afghanistan. More recently Norway, Denmark, Finland, and Italy all played key roles during the removal of chemical weapons from Syria in 2013. But most importantly, the US-European relationship constitutes the democratic core in the world, a factor that is increasingly important as more authoritarian powers are emerging on the global stage and fragile democracies seem to be backsliding.

With that said, it is important that European NATO members continue the promising first steps taken in raising defense spending over the last few years. For example, Poland has launched an impressive defense modernization effort, while Lithuania is on track to meet its 2% of GDP for defense, a spending ambition agreed to by all NATO members, by next year. The Long-Term Plan for defense recently proposed by the Norwegian government is also an important step in the right direction, as it would allow Norway to continue to play a leadership role on NATO's northern flank. Indeed, the High North and the Norwegian and Barents Seas are increasingly discussed as a friction zone between NATO and Russia. The proposed plan has also impressed those in Washington that watch NATO and Europe closely. But it must, of course, be fully executed and funded in order to have the desired effect.

In addition to increased defense spending, Europe should also look for opportunities to remain a go-to partner for the United States on the global stage. That national defense and regional stability comes first for countries such as Norway, the Baltic States, Poland, and Romania is of course understandable and appropriate. But the transatlantic relationship must be a two-way street, and not only about US security guarantees for Europe. And the global security agenda is currently quite full, with a restive Middle East, and an emerging great power competition in the Asia-Pacific region. Norway and the rest of Europe have already made important contributions to the campaign to counter ISIS in the Middle East, and Oslo's decision to participate in the major US naval exercise RIMPAC in the Pacific was also warmly welcomed in Washington as a sign of Norway's commitment to global security and stability in the Pacific region. Still, it is important that this global partnership is sustained in the years to come, and new initiatives are found that can extend the transatlantic partnership further. The world is currently turbulent to a degree not seen in decades, and the global order is increasingly contested. Continued peace and prosperity will require investments by both the United States and Europe.


Nordenman is the author of two recent reports from Atlantic council:

NATO in an Era of Global Competition

The Naval Alliance: Preparing NATO for a Maritime Century