Skip to main content
Today, the vessel ‘Lance’ called at the port of Tromsø, Norway following its last research expedition for the Norwegian Polar Institute. That also marks the end of an era in Norwegian polar research. 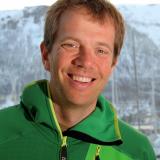 Today, the vessel ‘Lance’ called at the port of Tromsø, Norway following its last research expedition for the Norwegian Polar Institute. That also marks the end of an era in Norwegian polar research.

A proud ship could set sail in 1978. With its 950 gross ton weight, 60.8 metres long and a price tag of some NOK 50 million the ‘Lance’ was one of the grandest, most expensive and most advanced fisheries and catch vessels. It even had its own helipad!

However, there was never time to succeed in catching and fishing. Following months of trial operations she had to find her port in Tromsø in order to correct technical errors. The crew was sent on leave, and polar skipper and shipowner Enok Martinsen from Gratangen ran into financial difficulties. Two years later, the ‘Lance’ was foreclosed and the largest creditor – the Norwegian state – decided to take over the vessel, among others to prevent it from being sold abroad.

The state allocated NOK 24 million to buy the ship along with a further five million for reconstruction. The then-Norwegian Sea Mapping Authority was to own and operate the vessel. Following the 1981 reconstruction, the ‘Lance’ was technically ship shape and even the first vessel in Europe to have a permanent GPS installed. It was also the first vessel in the world with a multi-wave sounder.

After some time, the ship proved too costly and no longer suited for the Sea Mapping Authority’s journeys along the Norwegian coast. In 1994, the Norwegian Polar Institute took over the ownership of ‘Lance’, initially in cooperation with the Norwegian Coast Guard. With the ‘Lance’ being reinforced for icy conditions, she became the solution to an old desire for a stable vessel to use when conducting annual Svalbard expeditions as well as other research missions in polar areas.

The ‘Lance’ has conducted countless journeys in the Arctic in service for the Polar Institute. She has led three Antarctic expeditions. She also demonstrated her strength when she conducted a spectacular wintering in the Polar Sea during the winter of 2015.

Only three times in Norwegian history have ships been launched that have been built escpecially for polar research. Nansen built ‘Fram’. Amundsen built ‘Maud’. And at present, the ‘Kronprins Haakon’ (Crown Prince Haakon) is near finishing at the yard. So the Lance’s transformation from a catch and fish vessel to a research vessel is by no means unique. Roald Amundsen’s ‘Gjøa’ was built as a fish trade vessel, then remodeled into a seal-hunting vessel before becoming a research vessel – and a world famous one at that, being the first one ever to sail the Northwest Passage.

The seal-hunting vessel ‘Vega’ from Sandefjord, Norway was in 1878 sold to Adolf Erik Nordenskiöld and used to sail the infamous North East Passage. The famous polar sea vessel ‘Jason’ was renamed ‘Stella Polare’ and rented by the Duke of the Abruzzes for an expedition to Franz Josef Land in 1898-99. To mention but a few.

Demand of a Norwegian icebreaker

The Russians demonstrated its polar force for the world to see when the ‘Krasin’ pushed its way to the shipwrecked airship ‘Italia’ in 1928. Following that episode, there were strong demands that Norway too had to build an icebreaker.

“It is a widely shared opinion that Norway’s not having an icebreaker vessel is a large and regrettable fault, given that Norway wants to be a leading country when it comes to initiatives in the Arctic and the Antarctic”, Bladet Tromsø newspaper symptomatically wrote in 1958. However, despite decades of fighting, countless investigations and whitepapers the money never appeared. Until now. Only when the ‘Kronprins Haakon’ (Crown Prince Haakon) is ceremonially launched in Trondheim in the spring of 2018 will the campaign launched by Norwegian polar enthusiasts some 90 years ago will be successful.

At the same time, Norwegian polar research has fared fairly well without having its own research vessel. We have had an unique situation with a polar industry that has secured good logistical services. When the Norwegian Polar Institute conducted advanced wintering expedition in Antarctica in the 1940s and 1950s, polar vessels from Tromsø brought crew and supplies back and down south and back home again. In the north, the polar vessels constituted the backbone of the Norwegian polar infrastructure through decades.

It is also hard to overestimate how important the polar industry’s knowledge has been for Norwegian polar research. Both the large, famous expeditions as well as the systematic mapping of the polar areas have proven invaluable for polar captains, pilots and mariners who had acquired knowledge through years and years on hunting journeys.

When the ‘Lance’ now leaves its history as research vessel for the Norwegian Polar Institute behind, thanking her for her long and faithful service is in its place. It also proves a suitable occasion to thank the Norwegian hunting tradition for its unique contribution to Norwegian polar research. Without this polar tradition, Norway would never have become an grand polar nation!


This text originally appeared in Norwegian and has been translated for HNN by Elisabeth Bergquist.